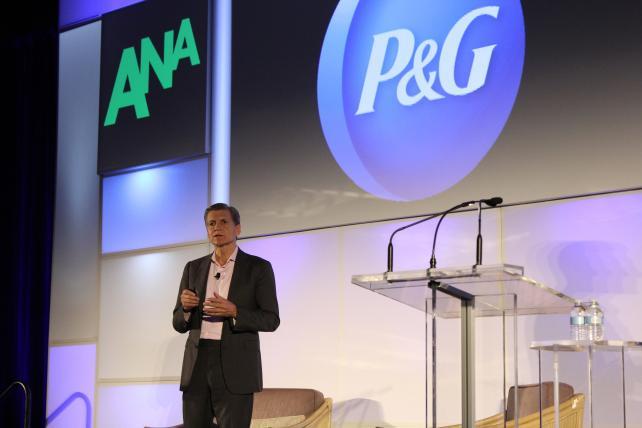 Getting into "walled gardens" isn't easy. And that increases the odds Procter & Gamble Co. will have to make good on its threat to stop spending money on digital platforms that don't get industry-standard audience measurement by year end.

P&G wants digital media to get third-party audience measurement accredited by the Media Rating Council -- something Chief Brand Officer Marc Pritchard has been talking about at least privately since last year and publicly since January.

But it's no slam dunk that any of the so-called "walled gardens" – social networks that guard their data tightly and account for the lion's share of digital advertising revenue – actually will meet that deadline.

All the major players – including Google, Facebook, Snapchat, Pinterest and Twitter – have at least talked privately about getting MRC accreditation for third-party audience measurement, according to people familiar with the matter. But only Google actually has begun the audits necessary to do so, according to George Ivie, CEO of the MRC.

Audits, which must be done by specialized teams at one of the MRC's certified public accounting firms, Ernst & Young or Deloitte, take around three months, he said. Then, the MRC needs to decide whether to accredit based on the results. That can happen quickly, but if the audits turn up any problems, it can essentially mean fixes and new audits.

"It's hard for me to say when anyone will or will not receive accreditation," Mr. Ivie said in an interview. "What's easier to say is would we be able to complete an audit. I can say right now with a pretty high degree of confidence that we'll be able to complete a Google audit [in time for P&G's deadline] because Google is proceeding on all fronts."

Facebook, which like Google has publicly committed to go through the MRC audit process, has started first with an audit of its served impression metrics, which are what it uses now for deals, Mr. Ivie said. But that metric falls short of what P&G is asking for, since it's not for viewable impressions as defined by the MRC.

Facebook, which declined to comment, is waiting for completion of that first phase before seeking accreditation of third-party vendors measuring its viewable impressions, Mr. Ivie said.

"It's certainly feasible to complete the audit by year end, even with the phased approach" for Facebook, he said. "The problem is, I don't know what if any accreditation barriers might exist, for both Facebook and Google" stemming from the audits. The same is true of the other networks, which so far have yet to begin any MRC audits, he said.

"You would hope these large digital enterprises would be buttoned up," Mr. Ivie said. "But I'm not assuming everything is going to go smoothly."

And there's at least some reason to believe it won't.

"One thing is just the size and sheer scope of these organizations, and then you have the added wrinkle that the majority of their activity is mobile," Mr. Ivie said. "And mobile is the hardest thing to audit. It's a challenging environment for the auditors to test."

According to one person familiar with the matter, Facebook has been working extensively with the MRC to lay the basic groundwork of making audience measurement work in mobile, which is very different from desktop environments and doesn't use the same tagging systems that third-party players use there.

One factor on the side of both Google and Facebook getting done by year end is experience. Google, via its ownership of ad-serving network DoubleClick, and Facebook, via ownership of ad-serving network Atlas, have years of experience navigating the audit process, even if their primary product offerings are currently unaudited, Mr. Ivie said. But the other walled gardens don't have that experience.

Then there are the complications that helped earn all the players the nickname "walled gardens" in the first place. They won't accept tags used by third-party firms such as Moat, Integral Ad Science and ComScore to track audiences, because those tags slow page load times. That means their audits will require first validating the proprietary signaling systems each network uses to track ads and users, along with making sure the process third parties use to ingest and analyze that data works accurately, Mr. Ivie said.

The walled gardens could speed up accreditation by just agreeing to take third-party tags and live with increased load times, just like the vast majority of online publishers, such as ESPN. But Mr. Ivie doubts they will, and he's right, at least as far as Pinterest goes.

"We do not accept third-party tags on our platform due to the very real issue of performance degradation, which greatly impacts the user experience we obsess about every day for our Pinners," said Pinterest spokesman Mike Mayzel in an e-mail. "We firmly believe that server-to-server integrations are a more precise, accurate and timely way to measure performance."

Of course, proving that to P&G and others buyers may ultimately involve MRC audits of third parties using those integrations. "We are thinking about MRC," accreditation, Mr. Mayzel said. "We do believe we will eventually do audits in the future and are committed to third-party measurement. At this point we do not have a timing to share."

Pinterest, like Facebook and other "walled gardens," already has been inviting more third parties, such as Moat, inside to do measurement. But that's not exactly what P&G is asking for.

That would require Pinterest or others either using third-party tags, or getting MRC accreditation for using an alternative proprietary system.

The question is whether P&G's looming deadline will be enough to force the issue. In a speech to the Association of National Advertisers Media Conference earlier this month, Mr. Ivie said he wasn't calling on marketers to band together to demand MRC-accredited third-party measurement, because that might constitute an illegal boycott.

But P&G isn't the only marketer pushing the agenda. Verizon Chief Media Officer John Nitti said during a presentation at the conference that his company is making similar demands, though he didn't note a deadline.

And Mr. Ivie provided an anecdote to demonstrate how money talks. He noted that Lou Paskalis, senior VP-enterprise media planning investment and measurement at Bank of America, mentioned during a recent MRC board meeting that he does a lot of business with Twitter, and would ask them to get moving on MRC accreditation. Mr. Ivie said he got an email from Twitter within 30 minutes of that request.