Who's Really to Blame for the Rigging of the Mainstream Media? | Ad Age
Skip to main content
Sign In Register

Who's Really to Blame for the Rigging of the Mainstream Media? 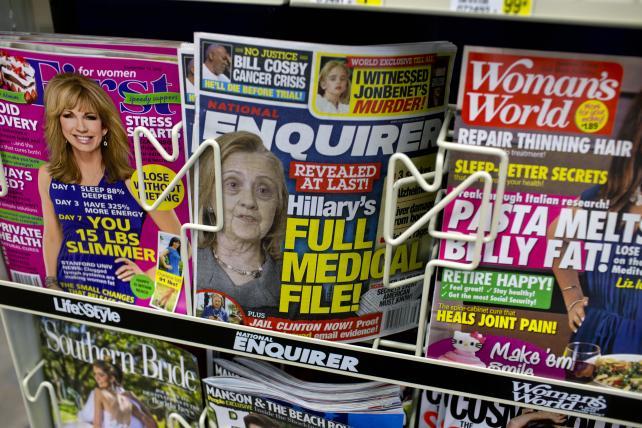 "The mainstream media is rigged. Big League," to quote a famous media critic. But the MSM is probably not rigged the way you think it is. That said, the MSM is amoral, irrevocably corrupt and, sadly, can never be fixed. The truth is now truthy, reality has transmogrified into wikiality, facts have become flexible, and the thin permeable membranes that used to separate journalism, opinion, commentary and entertainment have disintegrated. To help you understand why, I offer this accurate, albeit oversimplified, description of how the mainstream media is "rigged" and what you can do about it.

The News Has Always Been Rigged
All news content is edited before it is distributed, which means news content always has an editorial point of view. Consider the following.

An ancient tribesman runs into the middle of his encampment to report a breaking news story. Breathlessly he begins, "We were out hunting by the big tree near the valley. We hunted and killed a gazelle, and just as we were preparing to bring it back here, we lost it, and Kushim the Farmer was killed."

Noticing that his story was not gathering much of a crowd, he created a quick promo by yelling, "Hey! You gotta hear this." Then he amped up the intensity of his delivery, raised his voice, and editorialized a bit. Pointing to his bloodstained garments (art always enhances a standup), he continued, "We were attacked by a huge group of evil men from a nearby tribe. It was an ambush. We fought until the sun was high in the sky. They killed Kushim the Farmer and they stole our food."

The editorial embellishment worked. His audience got bigger and he had their undivided attention, which he could now use to his own benefit.

Our ancient reporter was a self-publisher who owned both the content and the distribution. He also had methods for measuring engagement, total audience, demographics, geographics and psychographics as well as intention, attention and attribution.

But there were no fact checkers. Maybe Kushim fell off a cliff or our reporter killed him (accidentally or purposefully). Was there a fight? Was there a gazelle? Were these the facts? Are the nearby tribespeople truly "evil men?" Without third-party verification, without eyewitnesses, is this news or just a good story? Editorial license is powerful.

Fast-forward 40,800 years (that's the age of the oldest known piece of manmade media), and nothing has changed. Nothing!

The goal of media is to be seen by the biggest (fill in your success metric here) audience, and the news business has always been editorialized (rigged, if you will) to benefit the publisher.

Ratings Pay for Media
To attract sponsors (or other benefactors), audiences need to be measured and packaged. The MSM Grail Quest is to ensure (at scale) that the right people see the right message at the right time. Bigger ratings mean bigger profits. Not only are all MSM outlets "rigged" to accomplish this, Darwinian selection rewards ratings winners and punishes ratings losers to extinction.

How Do You Get Ratings?
"If it bleeds, it leads!" Car crashes, murders, robberies, fires, gas leak explosions, and similar sensational events have traditionally been the headlines that attract the biggest audiences. But that's old school. A new system has evolved that is horrifyingly rigged to gather the biggest possible ratings -- you can call it "infotainment" or "punditainment" or "we're here to say what you want to hear whether it's true or not-ertainment" or "we ran out of pundits and talking heads so we're using our own anchors and reporters as guest and subject matter expert-ertainment" or, just call it what it is: "post-truth media." It's a category of content forcefully rigged to attract and engage the largest possible specified audiences – all other priorities are rescinded.

Misaligned Incentives and Outcomes
Our free press is not free. It is a for-profit, competitive marketplace and the competitors are highly incentivized to make editorial choices that give them the best chance of commercial success. This misalignment of incentives and outcomes is immutable.

To make matters worse, as technological improvement empowers even greater consumer control, aggregating an audience and packaging it will require even more extreme editorial choices. After all, it's way more fun to hear about a scandal than it is to listen to a presentation of "who, what, where, when and how" facts that may take you out of your comfort zone.

So, it is YOU who have rigged the system. Your preferences for conflict over substance. Your belief that someone with thousands of likes or followers must be smarter and more accurate and more interesting than someone with only a few. Your confirmation bias has rigged the MSM for at least the past 40,800 years. If you want to unrig it, stop paying attention to post-truth media. You are the only reason it exists.