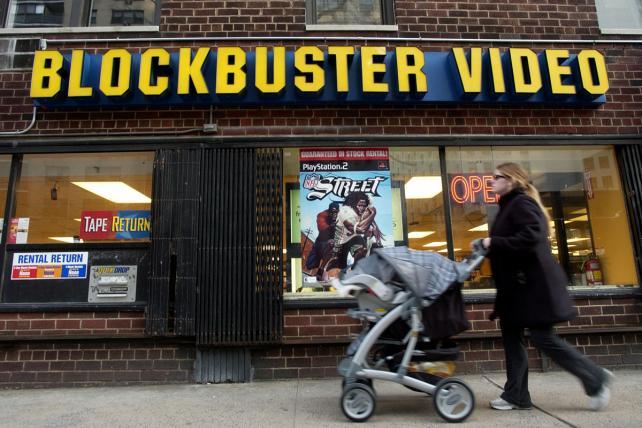 Dave Matthews may be making a comeback, but this '90s relic most definitely is not: By next week, there will be only one remaining Blockbuster Video store in the U.S.

Two stores, in Anchorage and Fairbanks, Alaska, will close on Monday, leaving just one location left in Bend, Oregon, reports the Anchorage Daily News. The closing branches will reopen on Tuesday for an inventory sale that runs through August, it says.

Just a decade ago, Blockbuster boasted 4,855 stores in the U.S. alone. The company filed for bankruptcy in 2010, and mass store closures began in 2012 after its assets were auctioned off to Dish Network.

The video rental business has been pretty dead for a while, undone by streaming, video on demand and Netflix, but Blockbuster had mounted something of a last stand throughout Alaska and the Pacific Northwest. Alaska had 13 functioning stores in 2013, and then went down to nine in 2016. The Anchorage Daily News attributes the chain's popularity in Alaska to the state's slow internet.

If Blockbuster's near-death hits you right in the nostalgia, may we suggest partaking in these bygone cultural icons that, like Dave Matthews, are somehow still with us: