Ad blocking is on the agenda at the Ad Age Next conference on Nov. 15 and 16. Come see Google, The Washington Post and others take on "The Browser This Time: The Next Generation of Ad Blocking." 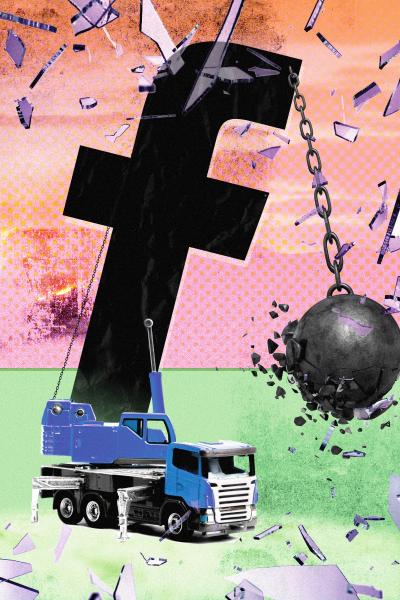 After a retreat that lasted nearly a year, Adblock Plus has resumed its assault on Facebook with a particularly strong version of its software that seems to be thwarting the social network's engineers.

Since late September, the popular ad-blocking software has been able to keep many sponsored posts from appearing in Facebook News Feeds on desktop computers. It even erases commercials from programming on Watch, Facebook's big new bet on becoming a video destination.

In its prior attempt to block ads on Facebook, in the summer of 2016, Adblock Plus engineers squared off against Facebook for weeks, trading updates to get the upper hand. Adblock Plus never lasted more than a few days before Facebook successfully countered. After about a month, Adblock plus went away, defeated. Until Sept. 26.

"We never stopped trying to solve this," says Ben Williams, communications manager at Eyeo, the German-based company that runs Adblock Plus. "The idea this time was to make the ad block strong enough so it wasn't just a flash in the pan. It needed to sustain." Facebook circumvented the new blocker once late last month, Williams says, but not since.

And one type of sponsored post does bypass the blockers: "paid" posts. Those are posts from popular pages and publishers that receive a paid boost by other brands. For instance, Budweiser could pay to spread video highlights from an NBA game. Those posts say "paid," but don't get picked up by Adblock Plus's latest offering.

But the skirmish comes as the major powers in digital media and marketing are striving to head off ad blocking by interlopers like Eyeo by delivering a version of their own­. Their Coalition for Better Ads is moving toward crippling the worst ad formats at the browser level, theoretically undermining demand for blocking software that hides every single ad.

The good news for Facebook is that Adblock Plus, which claims more than 105 million users, afflicts only its desktop site. Desktop comprised just 13 percent of Facebook ad revenue in the second quarter, down from 15 percent in the first quarter.

"Facebook is still vulnerable to ad blocking and will likely continue the arms race of technical advances to get their ads past blockers as the blockers continue to try to suppress them," says Nicole Perrin, an eMarketer analyst. "But that's largely a desktop-based problem. Very few people have mobile ad blockers installed that block ads in apps."

Still, in the first half of 2017 alone, desktop accounted for about $2.5 billion of Facebook's $17 billion in ad sales, a respectable sum. Facebook.com is the third-largest desktop site in the U.S., behind Google and YouTube, according to ComScore. And there is little doubt about how seriously Facebook has taken the threat. Chief Financial Officer David Wehner last November cited Facebook's success against ad blockers as a factor in doubling its desktop ad growth.

Publishers without a Facebook-sized army of engineers to defend them, of course, remained exposed to blocking when Facebook was claiming victory. Nearly 30 percent of internet users in the United States have enabled ad blockers on desktop computers, according to eMarketer.

Unlike other big publishers such as Google, Facebook has not joined the "Acceptable Ads" program run by Adblock Plus, which lets less-obtrusive ads run—at a cost, at least for large companies that participate. There are many in the industry who consider Adblock Plus's business model extortion.

Adblock Plus says the company is not trying to use its latest ad-blocking position to get Facebook to the negotiating table. "Adblock Plus is not in negotiations with Facebook on any whitelisting arrangement," a spokesman said by email.