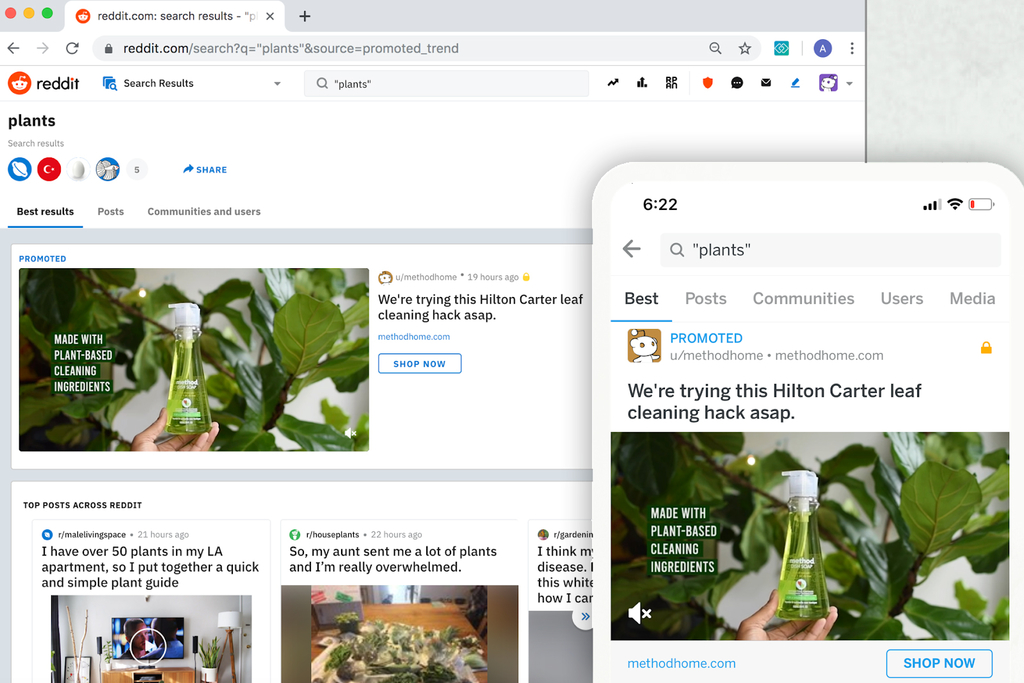 Brands can now buy their way into a trending position on Reddit after the site added a new advertising format that is similar to Twitter’s promoted trends.

“Fads, trends and movements get their start in Reddit communities every day,” the company said in its announcement about the new ad on Monday. “And as we invest in highlighting those trends for user visibility and participation, it presents a huge opportunity for advertisers looking to align with conversations in real-time.”

Brands might be able to buy their way into the trends, but it will be harder to make users care about those trends, according to Azher Ahmed, EVP and director of digital at DDB. “Obviously, it’s worked for Twitter,” Ahmed says, adding that “the Reddit community rejects inauthenticity, so it’ll be interesting to see how it pans out.”

Reddit has implemented similar ad formats in smart ways, Ahmed says. For instance, Reddit has “Promoted User Posts,” which it launched about three years ago. Brands can pay to promote the posts of influential users if the post is relevant to their products and the user gives permission.

As for promoted trends, if used correctly, they could lead to brands starting trends that could spread to the rest of the internet, outside Reddit. “Let memes and trends bake on Reddit first,” Ahmed says.

Reddit has more than 100,000 communities, known as subreddits, dedicated to specialty topics and interests, from politics to pets and everything in between. The site claims 430 million users a month.

Reddit has been building its ad platform for years, with promoted posts that are similar to ads in the Facebook News Feed, as well as traditional digital video ads. This is the first ad format that gives brands a position in the “trending” section at the top of the page, placing the ad campaign right in the middle of the other topics that are leading the conversation that day.

Reddit called the new format a “Trending Takeover,” and it appears in the second position in the list of trends. If a person clicks on the ad, it takes them to a landing page for the campaign.

For instance, Method, the cleaning products brand, made “plants” a trending topic, and the campaign was about how its dish soap shines houseplants. Reddit said that it has tested promoted trends with 15 brands, including Spotify and Adobe. The company would not reveal what a Trending Takeover costs.

Brands have to arrange the ad buys directly with Reddit sales reps because it is not yet an automated process.