BuzzFeed set out to reinvent the notion of content for the social web by allowing pictures of cute animals to co-exist with serious political coverage. Now it has a substantial war chest to do it. 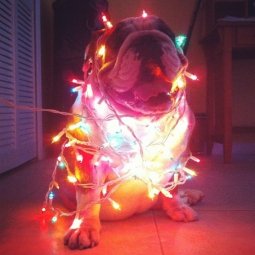 A year after it raised a $15.5 million Series C investment round, BuzzFeed is taking on a fourth round of $19.3 million. The company, helmed by Huffington Post co-founder Jonah Peretti, has now raised a little more than $46 million since its founding in 2008.

BuzzFeed will use the new money to expand internationally, improve its mobile products, hire more writers and editors -- of which it already employs 70 -- and invest in beefing up its video efforts, it said in a release.

BuzzFeed has now raised more money than the Huffington Post and expectations for the site are probably now higher as well. That said, BuzzFeed hasn't yet touched any of the $15.5 million it raised a year ago, according to a person familiar with its finances. That fact seems to indicate that Buzzfeed has bigger plans in the works than it is letting onto now. It will be interesting to see if the video investment includes a closer tie-up with -- or perhaps even an acquisition of -- the video-news startup NowThis News, whose video updates BuzzFeed already publishes and with whom BuzzFeed shares investors.

Jonah Peretti, CEO of BuzzFeed, speaks to the crowd at the Ad Age Digital Conference in 2012.
Credit:
Patrick Butler

The media property says it registered 40 million unique visitors in December, according to Google Analytics; BuzzFeed had 11.8 million unique visitors in November according to comScore, the most recent month for which it currently has data. Its editorial output has ramped up aggressively in the last year, with editor-in-chief Ben Smith now overseeing 10 content verticals, with its "Politics" and "Animals" (yes, "Animals") verticals among the most popular. This year should see BuzzFeed expand into new coverage areas, including business coverage, which Mr. Smith spoke with Ad Age about last month.

On the business side, BuzzFeed is trying to prove that it can build a sustainable business exclusively on what it is calling "social advertising" -- that is , pieces of content that look a lot like the site's editorial work, consist of images and text lists that readers tend to share on social networks, but which are sponsored by advertisers. Business Insider reported late last year that BuzzFeed would finish 2012 with about $20 million in revenue. That number is in the "rough ballpark," according to the person familiar with BuzzFeed's finances.

But the company is still figuring out how exactly to best scale that business outside of BuzzFeed's digital walls. Last year, the company started experimenting with a BuzzFeed ad network of sorts, with sites such as The Awl and Cracked.com -- that have similar, but not quite identical sensibilities -- running sponsored posts from BuzzFeed advertisers. But those efforts have not yet proven to be a hit, according to industry observers.