BuzzFeed Lays Off 100 as It Shifts Business Strategy 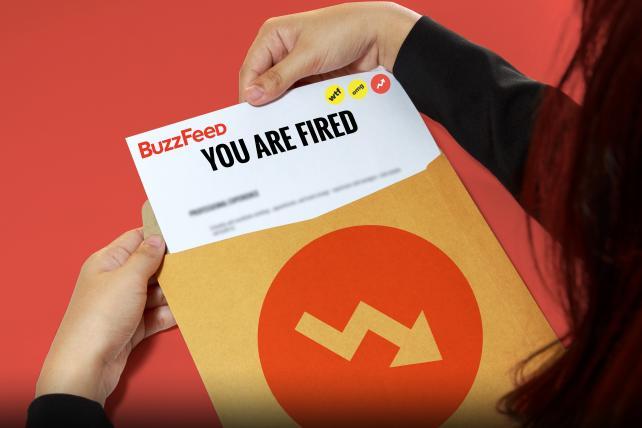 BuzzFeed is laying off 100 employees, or 8 percent of its U.S. workforce, as it grapples with how to better generate ad revenue at a time when Google and Facebook dominate the digital market.

The layoffs will come from business operations and will not affect editorial, although some writers are expected to also lose their jobs in Britain. The news was first shared by BuzzFeed staff reporter Steven Perlberg, who tweeted an image of a company-issued memo on Twitter.

Greg Coleman, president at BuzzFeed and a media veteran with stints at Criteo the Huffington Post and AOL, will be leaving his post and become an advisor to the company, the company said.

"As our strategy evolves, we need to evolve our organization, too—particularly our business team, which was built to support direct sold advertising, but will need to bring in different, more diverse expertise to support these new lines of business," the memo, written by BuzzFeed CEO Jonah Peretti, read. "In the U.S., we are restructuring select functions of the business team, including sales, creative, client services, ad solutions and marketing, to better support our diversifying revenue model."

BuzzFeed had gone all-in on native advertising, but when it realized that wasn't paying off sufficiently, it recently opted to sell banner ads like the rest of the publishing world.

The Wall Street Journal recently reported that BuzzFeed had put plans to go public next year on hold once it realized it was going to fall 15 percent to 20 percent short of its $350 million revenue target for 2017.