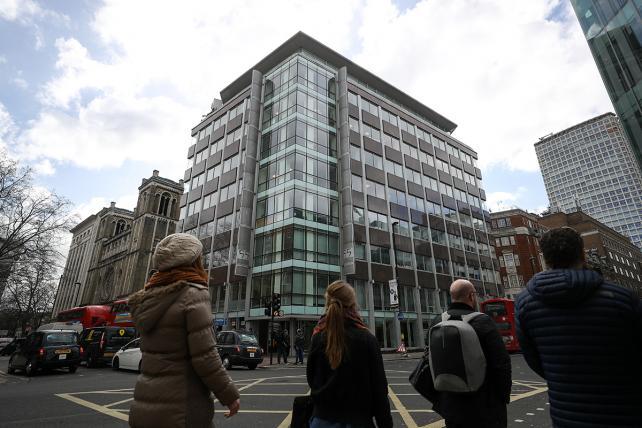 The building that houses the offices of Cambridge Analytica in London.
Credit: Simon Dawson/Bloomberg

Cambridge Analytica, the political-consulting firm at the center of a data-collection and privacy scandal, said it's shutting down all operations and has begun insolvency proceedings in the U.K.

The data and advertising firm is also filing for bankruptcy in the U.S., according to a statement on Cambridge Analytica's website. The company, which did work for U.S. President Donald Trump's 2016 campaign, said it lost "virtually all" customers and suppliers as a result of reports that it improperly obtained information from tens of millions of Facebook Inc. users. Cambridge Analytica has denied any wrongdoing.

"Over the past several months, Cambridge Analytica has been the subject of numerous unfounded accusations and, despite the company's efforts to correct the record, has been vilified for activities that are not only legal, but also widely accepted as a standard component of online advertising in both the political and commercial arenas," the company said in the statement. "It has been determined that it is no longer viable to continue operating the business, which left Cambridge Analytica with no realistic alternative to placing the company into administration."

The company said that despite its "precarious financial condition," it plans to meet all its obligations to employees.