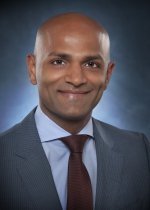 His duties will include leading mobile and emerging media activation in paid, owned and earned media channels, according to Campbell. Mr. Shah will report to VP-Integrated Marketing Yin Rani, a former agency executive who was hired by the soup giant in late 2013.

Mr. Shah will "partner with the brand-marketing teams and other functions to ensure that we are creating, curating and participating in the right kinds of content that will engage and delight consumers who are living increasingly digitally-enabled and mobile-first lives," Ms. Rani said in a statement.

Mr. Shah, 34, who was born in India and moved to the U.S. as a child, said in an interview that digital and social have a "huge role" as Campbell grows its portfolio beyond its namesake soup business. Acquisitions in recent years include fresh-food marketer Bolthouse Farms and organic-baby-food maker Plum Organics.

"I know this company is undergoing this change to not just be a soup company, they are a global food company," Mr. Shah said, adding that he wants to help "redefine that image and that brand."

At Walmart he was responsible for using social media to "protect, manage and improve the company's reputation," according to the Campbell statement. Previously he was a social media strategist for Microsoft.

Mr. Shah's hiring comes about four months after the departure from Campbell of Adam Kmiec, who was the company's digital marketing and social-media director. Mr. Kmiec is now senior director and social media and content at Walgreens.