A guide to Apple's disabling of Facebook's consumer research app

The social network paid people to monitor their phone activity and Apple was not happy
READ THIS NEXT
Instagram Reels sees early brand interest with Dunkin, Red Bull, Maybelline on board 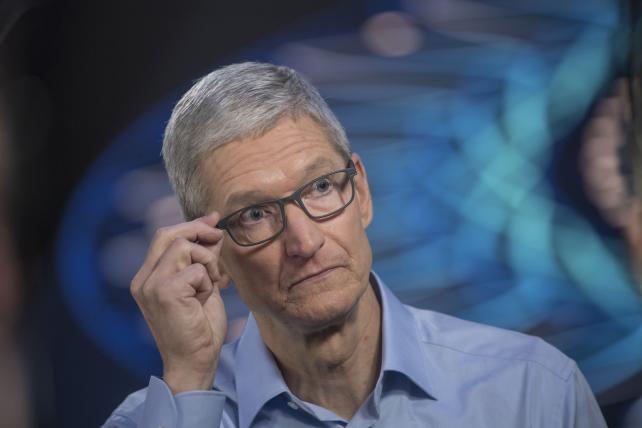 Facebook and Apple are in another fight over privacy and data after reports surfaced on Wednesday that Facebook built a consumer research app that opened a backdoor to iPhones. The phonemaker, which disabled the app, has accused the social network of violating its app rules.

Apple and Facebook have had a contentious relationship since Apple CEO Tim Cook took a hardline stance against data-collection practices of internet ad giants, calling for more regulations in the industry. Facebook then hired a public relations firm to push back against the criticism of its business model.

The latest episode in the saga is a bit hard to follow. To help, here's our guide to what happened.

The Facebook Research App
Facebook recruited phone users to install a consumer research app that tracked their web traffic, messaging, app usage and more. About 5 percent of the participants were younger than 18, according to Facebook. (Minors were prompted to get permission from parents during the download process, for what that's worth.) The app program was managed by third party companies uTest, BetaBound and Applause, which helped distribute the app.

Quick cash for consumers
People who participated in the consumer research typically received $5 to $10 to download the app and up to $20 a month to keep it active. It was almost like a multilevel data marketing deal because people could also make money for each person they referred, and then extra money each month that those people kept the app active. According to online commenters who say they participated in the program, people could potentially even make hundreds of dollars a month. (Facebook did not respond to a request for comment.)

Why does Apple care?
In August, amid a privacy backlash against Facebook, Apple shut down a similar app from Facebook called Onavu, which also collected details about people's phone usage. Apple said it violated its App Store policies, and no apps should collect data about other apps people have on their phones.

Who the fallout is affecting
Perhaps the people most affected at this point are Facebook employees. Apple not only disabled the research app, it shut down all of Facebook's other utility apps for employees, reportedly leading to some chaos at the office. Facebook has said it's talking to Apple about getting its internal apps back online.

Without the internal app program, Facebook will have trouble beta testing changes to its main apps, as well, like when it tries out a new design on Instagram or a new feature on WhatsApp, but only among employees.

Also on the case: lawmakers
Lawkmakers have added this issue to the host of others that led Congress to call CEO Mark Zuckerberg and COO Sheryl Sandberg to testify before them last year. On Wednesday, Sen. Mark Warner, D-Virginia, issued a statement that said, "I have concerns that users were not appropriately informed about the extent of Facebook's data-gathering and the commercial purposes of this data collection."

What about those consumers?
Everyone who participated were aware they were participating in market research, according to Facebook. Also, Google and other companies have similar research programs. Nielsen employs thousands of everyday Americans to share their TV viewing habits for market research.

On the other hand, it's hard to tell if Facebook adhered to the strictest standards of disclosure, and how well-informed participants were. And Facebook already has been under a microscope for privacy and data-sharing issues, most notably the Cambridge Analytica scandal. There have also been questions raised about how Facebook handled user privacy and data, especially in its early days.

Bottom line
No advertiser will pull their money from Facebook over this, but they will call their ad agency and ask what the hell is happening, again.