At the Center of AutoNation-TrueCar Divorce: Data | Ad Age
Skip to main content

At the Center of AutoNation-TrueCar Divorce: Data 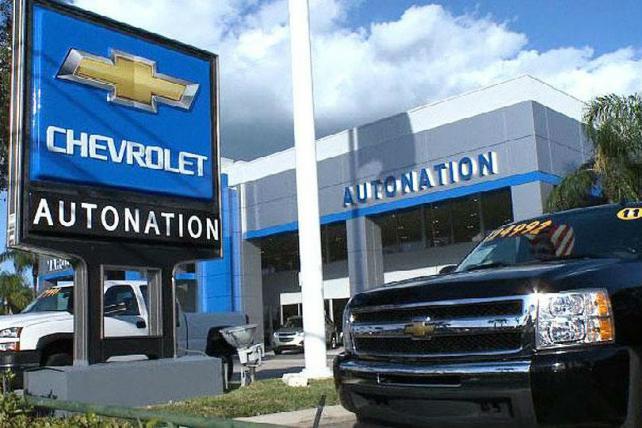 On Friday, May 8, over salads and sandwiches at TrueCar's seaside Santa Monica, Calif., headquarters, CEO Scott Painter made the future clear to visiting AutoNation. executives: He would no longer do business with the dealership giant if it didn't begin sharing a wide swath of customer data.

After years of seeking that data -- which other dealership clients were already providing to TrueCar, but AutoNation was not -- Mr. Painter told the AutoNation execs the new rules were "nonnegotiable" and an "integral part" of TrueCar's business model. In other words, AutoNation's hall pass was over.

With that meeting, the two parties were at an impasse, one that couldn't be overcome last week when AutoNation severed ties with the third-party lead generator.

The nation's largest new-car retailer will stop using the internet vehicle-shopping service on July 15. Of AutoNation's 240 dealerships, 226 had been using TrueCar.

Mr. Painter, last week, disputed who had fired whom.

"This isn't AutoNation dropping TrueCar," he said. "This is a very deliberate step on our part. We went to them and said, 'You must comply with the rules of the marketplace.'

"We have an unwavering and long-term focus on a transparent car-buying experience," Mr. Painter said. "There's absolutely no benefit to consumers, dealers or the industry in reversing the trend to transparency."

"We may not be popular," he added, but the dealers who work with TrueCar "are profitable because they're selling."

Demanding data
TrueCar long had asked AutoNation to share data on all its retail transactions, not just the TrueCar-generated deals.

That would mean sharing a list of 41 data points on the approximately 550,000 vehicles sold by AutoNation annually. Of those sales, AutoNation attributes just 3%, or about 16,500, to TrueCar.

TrueCar disagrees with that tally. It estimates the TrueCar platform was responsible for at least 7% of AutoNation's new-vehicle sales in the first quarter and, had AutoNation gone along with TrueCar's proposed contract, that could have grown to 10% by the end of the year. "We know exactly the degree to which AutoNation underreported" sales, Mr. Painter said. "It's massive."

The data demand has caused friction with other retailers, too. Dealers argue that turning over such an extensive pool of customer and transaction data raises issues about security, customer privacy and the potential that their customers will eventually be marketed to or poached.

"Customers go many places before and after a TrueCar visit, and just because they were momentarily on the TrueCar site doesn't mean I should have to pay them $300," Mr. Jackson said. "So there's a big disagreement there."

Mr. Painter said consumers who want a transparent car-buying experience will do business with TrueCar while those who want to buy cars in a traditional manner will go to AutoNation.

AutoNation says its cost for a TrueCar sale already is in the $550 range. That's higher than the $299 and $399 fees TrueCar charges for new- and used-vehicle sales, AutoNation says, because of the sales for which TrueCar unjustifiably takes credit.

AutoNation currently pays TrueCar about $7.5 million a year. AutoNation estimates that would jump to more than $10 million if the data were shared and TrueCar were able to lay claim to more deals.

The letter
The parties began negotiating last fall, as AutoNation's contract with TrueCar was originally set to expire March 1. Handling the talks for AutoNation were now-COO Bill Berman and Chief Marketing Officer Marc Cannon. For TrueCar, it was Mr. Painter, President John Krafcik and Mike Timmons, senior VP-dealer development. Those five were in the May 8 meeting.

The impasse reached that day was reinforced May 23 when TrueCar sent AutoNation a letter.

It read, in part: "In the trailing 12 months, TrueCar suspended over 300 dealers who did not meet marketplace or customer requirements. We are prepared to take similar action here should AutoNation elect not to follow our marketplace requirements."

In order to receive "Pay Per Sale billing in which Dealers shift 100 percent of marketing risk to TrueCar," the letter said, "it is a mandatory marketplace requirement that all participating Dealers provide TrueCar with continuous access to limited sales data covering all finalized sales records."

The letter also offered AutoNation an additional 10% discount on published rates if more than 90% of AutoNation's stores use TrueCar and abide by all marketplace requirements. It was signed by Mr. Krafcik and Mr. Timmons.

TrueCar and AutoNation had further discussions after the letter. But by mid-June, negotiations had gone cold. Weeks of silence led up to AutoNation's July 9 notification.

AutoNation online
So ends a nine-year relationship that began in 2006 when TrueCar was still known as Zag.com. The break comes as AutoNation has branded its stores with the AutoNation moniker and strengthened its own website and digital presence elsewhere to build traffic and sales.

As AutoNation tried to figure out how to tackle the divide between the experiences customers have shopping in dealerships and online, it even had former COO Michael Maroone take a position on the TrueCar board of directors from 2011 to 2012. Mr. Maroone was to explore whether companies such as TrueCar could help the retailer seamlessly connect its online and brick-and-mortar operations. The conclusion: No.

In April 2014, AutoNation said it would reduce its reliance on third-party lead providers. It is investing $100 million in 2014 and 2015 to launch its own online buying service called AutoNation Express.

But those efforts don't explain the breakdown of the AutoNation-TrueCar relationship, Mr. Jackson said. He laid the blame at TrueCar's feet.

"TrueCar has made some onerous demands in its new contract negotiations with us that are unprecedented in my 45 years in business and are unconscionable and unacceptable," Mr. Jackson said. "We cannot agree to them."

By contrast, Mr. Jackson said he has no intention to drop other third-party providers at this time.

'A competitor'
Ultimately, in Mr. Jackson's eyes, it makes no sense for AutoNation, as it works to build its own brand and digital footprint, to hand over a wealth of proprietary information.

For TrueCar's part, without AutoNation, "we lose a great anchor relation, but we could raise revenue" as a result, Mr. Painter said. "Their decision not to comply is perfectly fine with us."

Although several dealers and dealership groups contacted by Automotive News privately expressed support for AutoNation in the split from TrueCar, there was no apparent rush to join Mr. Jackson in dropping the company.

"We do it to support the USAA relationship with military families," Mr. Pordon said. "We have no plans to change that relationship at this time."

Last Thursday, just hours after Mr. Cannon notified Mr. Timmons and Mr. Krafcik of AutoNation's decision, the retailer hosted a dinner for its regional and market presidents near its Fort Lauderdale headquarters. AutoNation leaders told the group about the TrueCar decision over snapper and other Italian specialties at Caffe Europa, a favorite gathering spot for AutoNation execs. Their response: nods, smiles and broad agreement that it was the right move to make.

Amy Wilson
View all articles by this author