So it shouldn't be surprising that personalized floor tours have grown in popularity to the point that it's near impossible to wander the conference without seeing gaggles of people wearing clunky headphones while following someone holding a large flag. Curation: It's an artform.

On Wednesday, this reporter tagged along with MediaLink for its tour to see the must-see at CES. Here are a few highlights.

Automakers push the envelope at CES 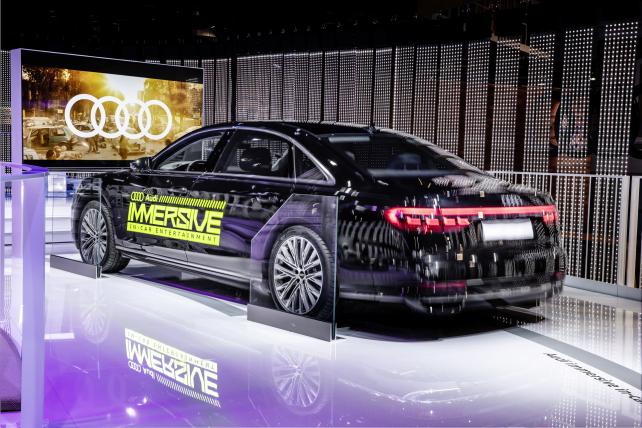 Although most vehicles at CES are concept cars that will likely never see the light of day, it's here that attendees can see how far this industry is willing to take big ideas on what the car of the future can look like.

At CES, Disney and Audi announced a partnership for an entertainment vehicle they're calling "The Audi immersive in-car entertainment project."

Once inside, a hand gesture toward the dashboard prompted several large displays to play a scene from "Avengers: Infinity War." Every punch on screen was felt through through intense vibrations from the vehicle's seats. When one of the comic heros was thrown into a building, Audi's hydraulic system moved the car up, left, down and all sorts of other directions – being completely in sync with the action shown on screen.

The speaker system inside was more akin to what you'd experience from the premium home theater section at Best Buy. Although the overall experience was flawlessly executed, an Audi rep on the showroom floor stumbled when explaining its practicality. "The car will not drive itself," he said. "But if you're sitting in traffic and not moving this is something you could do … we expect the vehicle will be available to purchase in 10 years." 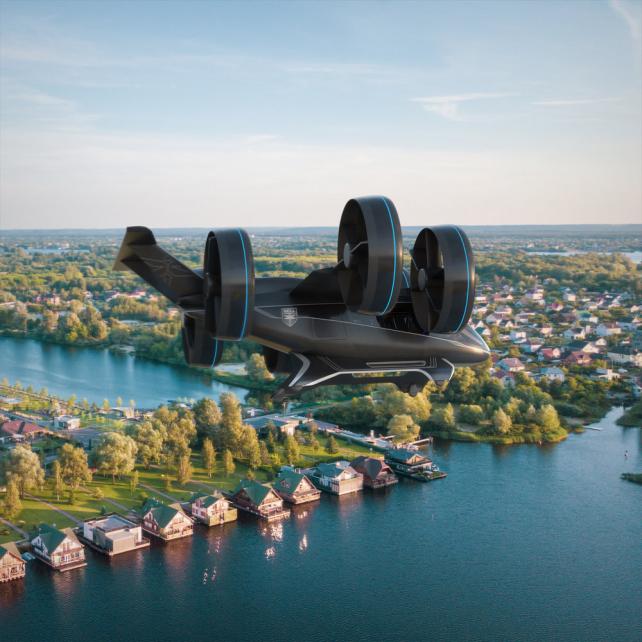 Bell, meanwhile, offerred its own showstopper with its battery-powered, self-driving air taxi – or flying car as many called it – that it's dubbed "Nexus" and looks like a massive drone.

Hyundai, meanwhile, featured pods that offered a glimpse of what people would do in a autonomous vehicle world. Apparently, the car of the future will feature trivia games, TV and Nintendo Wii-like video games (we rowed a boat).

LG, long a CES stalwart, boasts a large, diversified portfolio of products that include its popular OLED TVs, appliances, speakers, phones and even its adorable robots.

Inside, hundres of large, flexible 8K OLED screens wrapped the ceiling and curved over undulating surfaces of its showroom floor:

"Wrapped screens will make for an immersive experience in retail," MediaLink's Bill Westcott says, adding that with its flexible screens and crisp picture, "8K technology will fair much better for out of home advertising;" 4K content is limited despite being out for several years. "Only 2 percent to 4 percent of Netflix's content is in 4K."

Although it's certainly the talk of CES, one high-level executive from a leading carrier says mass deployment of 5G technology won't arrive until at least 2021. Exhibitors, however, will make you feel like it's coming out tomorrow.

The fifth generation of mobile tech, more commonly known as 5G, will have speeds that are 200 times faster than what's already available today. The idea is that 5G will connect consumers with everything, not just their phones.

While 3G connected people, and 4G brought the likes of Uber and Airbnb, nobody is sure what the scope of capabilities the fifth generation will bring with it.

At CES, experts weigh in on the promise -- and the hype -- of AI