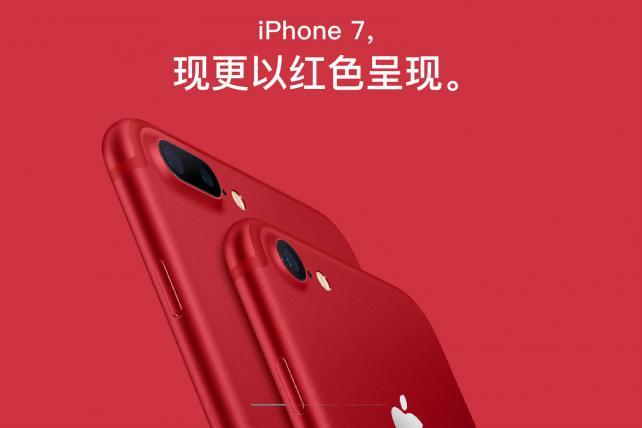 Apple is selling red iPhone 7 and 7 Plus models to raise money for the Global Fund to fight HIV and AIDS. In mainland China, oddly, the company's website makes no mention of the cause. The new products are just presented as special edition red iPhones.

Tay Xiaohan of IDC noticed the discrepancy and tweeted about it. She remarked that AIDS is a sensitive topic in China, and asked whether "Apple may be worried that this message will not resonate well with consumers?" Ms. Tay, senior market analyst with IDC's Asia/Pacific client devices group, posted a photo of Apple's mainland China product site next to a shot from its website in Taiwan. Unlike the mainland's web page, Taiwan's site bears the branding of Product Red, which contributes to the Global Fund.

A spokeswoman for Apple Inc. did not respond to an email seeking comment. It wasn't clear whether there might be other complexities, perhaps related to working with a charity from outside China. Ad Age checked with a business consultant and a lawyer, and neither were aware of any specific legal issue on that front.

Apple has had a partnership with Red for a decade, as CEO Tim Cook pointed out in a news release this week. Deborah Dugan, Red's CEO, said in the release that Apple is the world's largest corporate donor to the Global Fund, contributing more than $130 million in its partnership with Red. Red, founded in 2006, says it donates 100% of all money raised to Global Fund grants on HIV and AIDS that "provide testing, counseling, treatment and prevention programs with a specific focus on eliminating transmission of the virus from moms to their babies."

It's possible Apple wants to steer clear of any topics that authorities in China might find sensitive. In December, Apple removed apps from The New York Times from its app store in China; it said it was complying with a request from authorities there. Last year, Apple itself faced censorship in China when authorities closed down its iBooks store and iTunes Movies there.

China has fueled massive growth for Apple, but times have been more difficult lately. Apple was the No. 4 smartphone vendor by shipments in mainland China in the fourth quarter, after local players Oppo, Huawei and Vivo, according to IDC, which noted that 2016 was the first time Apple saw a year-on-year decline in mainland China. Despite that, IDC says it "does not believe Chinese vendors have actually eaten away Apple's market share. Most Apple users are expected to be holding out for the new iPhone that will be launched this year, and that will help the brand to see a growth in 2017."