China's Influencers Don't Just Push Brands -- They Create Their Own 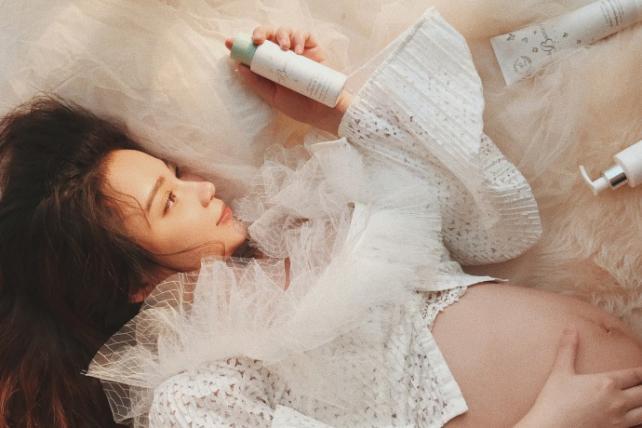 Haiyan Fu, nicknamed Ava, is a 32-year-old fashion influencer with a cool, slouchy style and hair with a purple tint. In 2009, she started blogging, doing promotional posts for brands ranging from Louis Vuitton and Dior to Hollister and Abercrombie & Fitch. Then, in 2016, she and another influencer, Nikki Min, teamed up to launch their own brand, Ava & Nikki. Fu had no design experience, but would draw pictures and ask suppliers to make the clothes.

"We drove around Shanghai looking for factories to work with," says Fu. If something didn't work, she says, they would keep taking it back to the manufacturer and ask for changes.

Zhu Chenhui, another Chinese fashion influencer, also models her own products. Zhu, who is more than seven months pregnant, sprinkles her page on the micro-blogging platform Weibo with inspirational thoughts about motherhood and bathroom-mirror selfies of her baby bump. Between the personal posts products from her own line are for sale. Zoom in on a photo of Zhu's feet clad in pink terry cloth, for instance, and you can buy her $6 slippers with a few clicks. 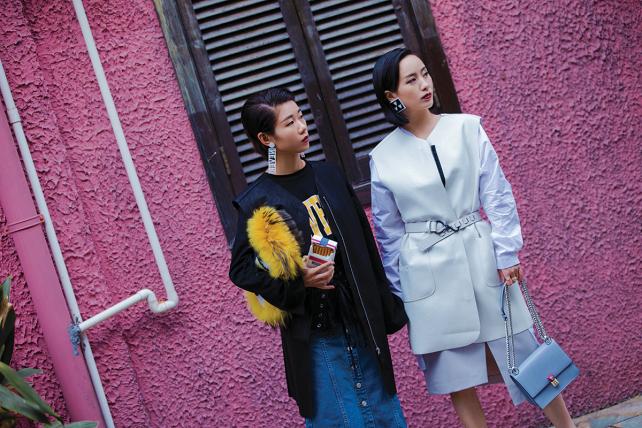 There are more than 751 million internet users in China, and a populace that's hooked on smartphones, social media and online shopping. It's no surprise, then, that Chinese internet influencers and online stars have sparked an entire mini-economy, ranging from endorsement deals to e-commerce sales to digital "tips" that followers send live-stream performers (a common practice in China).

Local consultancy Analysys International has projected that the Chinese influencer economy will be worth over $15.5 billion this year.

Starting their own lines "is a more long-lasting business model" for these influencers, says Ashley Galina Dudarenok, founder of two China-focused marketing firms, Alarice and ChoZan. "And their fans trust them more [if they have their own merchandise]. By selling someone else's product all the time, you're selling out."

In the U.S., influencers are also building brands—model and social media star Alexis Ren created workout-wear line Ren Active, while blogger Emily Weiss launched beauty brand Glossier, for instance—but the model is far from robust. In China, the phenomenon is taking off.

There, it's easier to introduce an influencer brand than it is in the U.S. China is the leader in global manufacturing, and it's more feasible to establish a brand when you can visit factories and speak the local language. And after influencers get feedback about new products from followers, they can go back to the factories to ask for a tweak or a color change. That's practical and economical, and it also builds loyalty. 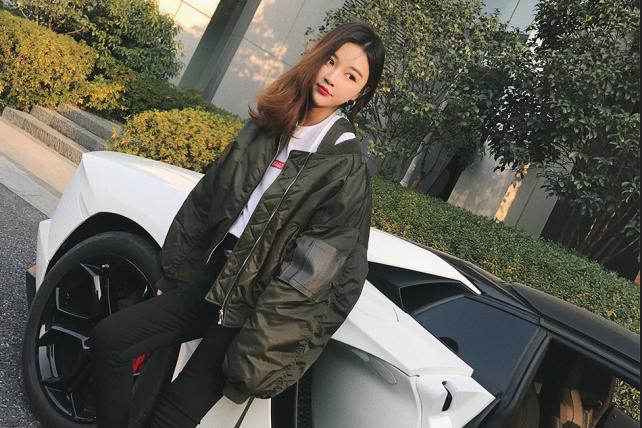 On Tencent Holdings' WeChat app, for example, someone can use WeChat as a blogging platform, and launch an online store that's both simple to set up and accessible through WeChat's own payment system.

Zhu, who's 27 years old and goes by the nickname Cherie, started her brand, Chinstudio, seven years ago on Taobao when she was still a university student. It has since ballooned. She became even more well known for reportedly dating Wang Sicong, son of real estate tycoon Wang Jianlin, but while the romance didn't last, her fame did. In June, Zhu told Alibaba investors that she had 2016 sales of $96 million and was targeting more than $158 million in 2017, her PR team said, confirming numbers first reported by the South China Morning Post.

Zhu's clothes are sleek but affordable, similar in style and price to Zara's. A wool coat goes for around $100, a scarf for $15. And then there are occasional fun impulse buys, like the $6 candy-colored slippers. "Live Fabulously," the copy reads, in English. Her social posts on Weibo drive interest in her products for sale, and vice versa, creating a social-shopping loop.

Another fashion influencer, Zhang Dayi, was a former model with a solid online following; she joined an influencer "incubator" to build her brand, and now she has 5.7 million Weibo fans. Her brand, Jupe Vendue, says it sold more than $15 million in products during the first half-hour of Singles Day, Alibaba's 24-hour shopping fest, in November.

While Zhu and Zhang are big names, smaller-scale Chinese influencers are building their own lines, too.

"You have a lot of them doing it DIY—they figure out it's not that difficult to design a product, source it and sell it," says Parklu's Whaley. "You might have 1,000 people who will give you $100 [each] and that's $100,000 in sales, which is great for most influencers."

For fashion influencer brands, it's common to have a presence both on Twitter-like Weibo and Alibaba's Taobao marketplace, perhaps along with live-streaming platforms like Yizhibo or Meipai. Weibo has investment from Alibaba, and influencers can upload products from Alibaba's Taobao marketplace to sell directly on Weibo (though there's a referral fee).

That's what Zhu does on Weibo: Items for sale are stamped with a little shopping-bag icon. To buy something requires just four or five clicks, and you don't have to plug your payment or delivery details into an unfamiliar platform. It's frictionless, so you can go ahead and buy Zhu's $6 fluffy slippers without disengaging from the social platform—and, helpfully for her, without thinking too much about whether you really need them.