One of China's most successful talk shows debates society's questions, big and small: Would you let your parents live in a retirement home? Is it better to break up with someone in person or not?

The show, "U Can U Bibi" on the video platform iQiyi, is also a wide-load vehicle for sponsorships, with placements of sponsors' logos and products that are intentionally over-the-top and relentless. ("Bibi" is Chinese internet slang for "keep talking" or "keep bullshitting.") A host finds a funny pretext to plug Head & Shoulders, and the shampoo's logo pops onscreen with a "boing" sound. Smartphones and yogurts are propped up on the hosts' desks, because Chinese electronics company Xiaomi and dairy giant Mengniu are sponsors. A single frame might contain more than a dozen product placements and brand logos. 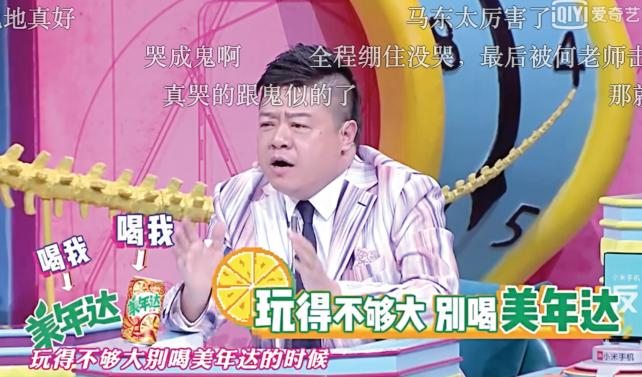 U Can U Bibi

This is what mainstream variety and reality shows look like in China. While companies worldwide invest in content, China is testing the frontiers of brand integrations. How far can things go without turning viewers off? How many logos and product placements can you cram into one show?

The answer, in China at least, is a lot.

"People in the U.S. would go crazy and contact the FCC" if they saw these shows, said Calvin Chan, chief operating officer of China's AdMaster, a marketing data tech company that measures brands' marketing investment, including sponsorship effectiveness, for big clients including Procter & Gamble.

In China, people are used to all kinds of branded distractions. It's typical for sponsors' products—bottles of water, say, or smartphones—to pop into the corner of the screen, rotate, jiggle and whoosh out of sight. They look a bit like virtual stickers on chat apps.

For China's young viewers, those kinds of placements "probably feel like another aspect of their social engagement," Chan said. "They want to have fun for 40 minutes watching a variety show, and this is just another part of the entertainment." 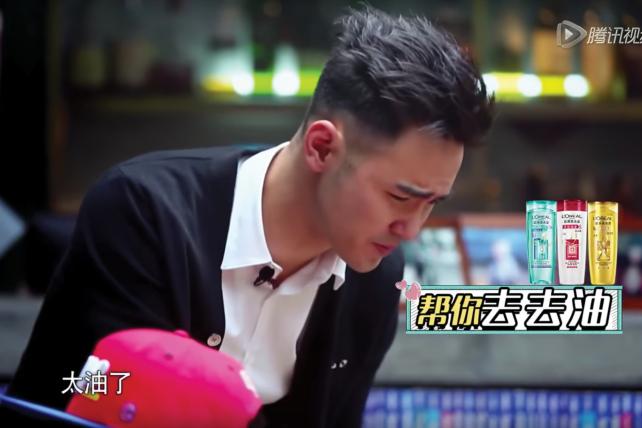 A Date With A Superstar

Sponsors have to be willing to take risks, since very often TV hosts are simultaneously plugging their product and poking fun at the conventions of advertising and sponsorships. "The way hosts are talking about brands is humorous, kind of self-mocking," said Ellen Hou, CEO of Carat China, which has worked on sponsorships from noodle giant Kang Shifu and Dutch dairy company FrieslandCampina. "Consumers get it. Brands are tolerant with that. They feel it's very cool to be a bit self-mocking."

Last year, a show on internet giant Tencent's video platform, "A Date With a Superstar," flashed messages across the screen about how fantastic L'Oréal is, calling it "an international brand, a big brand, a big big brand." On a silly skit in "U Can U Bibi," someone plugged Head & Shoulders use as
a way to find true love. That show, a pioneer of quirky sponsorship techniques that's now in its fourth season, got over 56 million views for its first episode this season.

Chinese internet users grew accustomed to very visible brand placements because that was the trade-off for free content. China's online video sites grew up quite differently than say, Netflix, which has a subscription model and not much obvious product placement in its original shows.

When video platforms iQiyi, Tencent video and Youku-Tudou were starting out, piracy was rampant in China, and they needed free content to lure consumers away from fake DVDs. Sponsorships -- a staple of all forms of TV in China -- became one facet of their business model, and they've blown up into big business. Being the main sponsor of an online show can cost up to $15 million, Carat says. A show will typically have five to seven sponsors of varying levels and price tags.

Lately China's video platforms are wooing viewers to upgrade to subscriber status. Tencent video and iQiyi, which is owned by Chinese search giant Baidu, last year said they each have over 20 million paying subscribers, while Alibaba Group's Youku-Tudou said it has 30 million. A central incentive to subscribe is that pre-roll and mid-roll ads are stripped away.

But the crazy product placements remain—they're part of the show.

Deng Jingyao, a 22-year-old student in public administration in Shanghai, subscribes to iQiyi for a few dollars a month because she hates sitting through pre-roll ads. She isn't bothered that her favorite shows teem with brand placements, "as long as they're inserted into an interesting topic, or done in a funny way."

Baby Steps
A hit show called "Let Me Go, Baby" combines two elements designed to be irresistible to young women. "One is handsome young guys, and the other is cute babies," Carat China CEO Ellen Hou said. The concept is that male stars, including a member of China's hottest boy band, TFBoys, learn how to take care of kids. Carat collaborated on the show starting last year with Tencent and Dutch dairy company FrieslandCampina, which was introducing a new brand of children's milk powder, Friso Prestige. Carat content teams monitored social media to recognize and build more buzzworthy moments. (Note to bands: Naughty children seem to get the most attention.)

In last summer's first season, the show got 45 million viewers per show, Carat says. Friso Prestige brand awareness went from soft-launch obscurity to 54% by the end of the summer. And there were 29 million downloads of the show's stickers for Tencent's WeChat app. FrieslandCampina's overall China consumer sales were up 27% last year, and it singled out its new product as a driver of growth there. — Angela Doland