Why the Chinese Will Pay for Content That Americans Won't 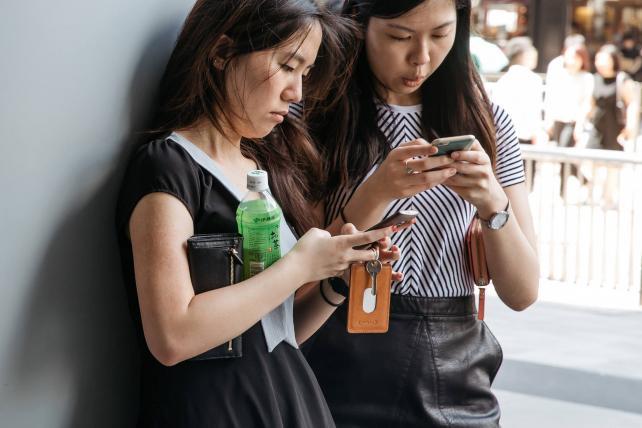 Back in early 2016, Li Xiang was just another overworked magazine editor in Beijing. Then along came an opportunity to produce a business newsletter on a brand-new app called De Dao. In just a few months that app, whose name means "I Get," had attracted millions of users looking for daily advice and to learn everything from music to economics. And Li? Within months, he had close to 100,000 subscribers paying about $30 a month.

It's the kind of story that couldn't happen in the United States, where many people believe content should be free. In China, meanwhile, companies and individuals alike have managed to monetize smartphone apps, making money from news, entertainment and social media -- by making people directly pay for it, instead of relying on advertisers. De Dao is just one in a whole economy of mobile apps where people like Li Xiang can make real money.

"In China, we don't really talk about advertising-supported models, whether it's on PC or mobile," says Jenny Lee, a venture capitalist at GGV. "There are very few startups that actually grow very big on the back of advertising. There's Baidu with search, but beyond search-based advertising, most of large internet companies in China actually grew or monetized by charging the consumer directly."

Video platforms owned by digital giants Baidu and Tencent are actually an exception: Their game shows and unscripted programming streaming online are strikingly rife with product placement and dancing logos. They started out when rampant piracy meant they needed free content to lure consumers away from cheap competition. Sponsorships, a TV staple in China, became one facet of their business model.

De Dao, just a year old, already has seven million users. You can easily subscribe to channels with content on topics like investing tips or "how to listen to classical music" -- or even books and magazines. Each channel costs the equivalent of about $30 per year. It can curate content for you as well. There's even a portal to an e-commerce section that sells products like books and high-end jewelry.

"Recently they opened a column by an economics professor from Peking university," says Bob Xu Xiaoping, an early investor in De Dao and one of China's most successful angel investors. "Guess what? He became the richest economics teacher in the world!"

Xu's venture capital firm, ZhenFund, has made bets on hundreds of startups, some of which are now worth more than a billion dollars, or are publicly traded companies. He decided to back De Dao founder Luo Zhenyu, a former TV producer, because he saw a go-getter who Xu says has created a transformative startup. "This company created a revolution in China," he says. "We call it zhi shi fu fei. Which translated is knowledge payment. You pay a fee to [get] knowledge."

Paying for online content goes way beyond just education. Video livestreaming is also huge. All over China, millions of people watch anything from people singing, telling jokes, or just going about their daily lives. Think of those random videos you can find on YouTube, but happening live. People can watch for free but show the hosts their adoration by sending them virtual gifts, like a digital car or rose. The streamers can then exchange those gifts for cash.

Chinese watch streams that others might find banal in part because they have fewer entertainment options, thanks to the government's strict regulation of media.There are cultural and demographic forces at work, too. In China, tens of millions of young people have migrated to the large industrial cities. They live far away from their families. So video livestreaming in particular has become a form of digital companionship. The upshot is that thousands -- maybe millions -- of people are able to earn a living this way.

Lee of GGV says the business model emerged from the gaming world, where people can play for free but are charged for a better experience, such as upgrades that boost the player's power. "China pioneered the free to play model," Lee says. "The whole ecosystem shifted to where the product has to be better designed to cater to the consumer because if the features aren't appropriate, consumers won't pay. That's key." In other words, mobile games made paying for content seem normal. Another factor driving this trend: widespread adoption of mobile payments. For millions of people in China, a smartphone was their first internet-connected device. They may not have money for a computer or laptop, but companies like Xiaomi were selling phones at affordable prices. And because the country never had an established credit card system like in the U.S., China leapfrogged to mobile payments. That explains the rise of WeChat and Alipay, which connect your phone to your bank account.

For years, China was known mostly for copying U.S. innovations. Now, the copy-catting is flowing the other way. While getting Americans to pay for online content will be a big lift, it's starting to happen on the margins. A good example is Twitch, a site where you can watch people play videogames. It's planning to make it easier for the gamers that stream themselves -- the content creators -- make money on the site with a feature called "cheering" that lets fans buy animated emoticons and send them to their favorite video game stars. Twitch has also made it possible for its biggest stars to collect subscription fees from their viewers.

Meanwhile, Apple's iMessage has added stickers that you have to pay for, Facebook now lets users send payments and book rides in the messaging platform, and Snapchat has talked about adding premium filters that charge a fee.