Here's what Facebook's Portal can and can't do with data 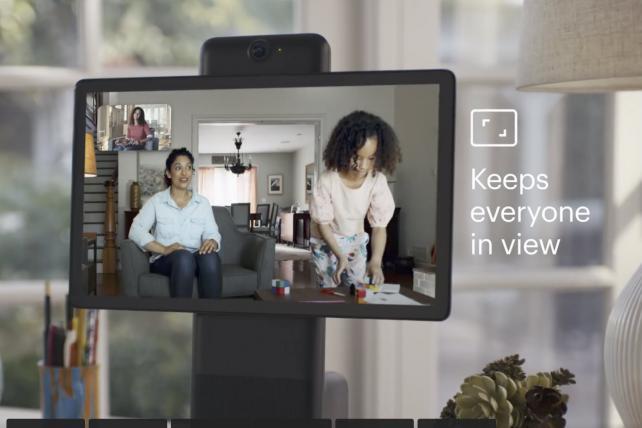 Facebook's Portal is primarily for making video calls, but it runs apps like Spotify, too.
Credit: Facebook

When Facebook introduced an in-home video calling device with camera and microphone this month, the company wanted to avoid any confusion about the type of data it could sweep up. The last thing Facebook needed was to raise more privacy alarms about its business, so the marketing around Portal, a voice-activated media hub for the home, highlighted clear safeguards and an upfront "no ads" policy.

But it turned out the company's messaging was less than clear.

As a report in Recode this week noted, "It turns out that Facebook could in fact use data collected from its Portal in-home video device to target you with ads." A Facebook representative had initially told Recode that no data from Portal would be used to target ads. But the device does pick up routine information like who a person calls and when, which is the type of data Facebook does use to target ads on its other properties, just not on Portal.

Facebook declined to comment for this story on what it will do next to clear up any further misunderstandings the public may have about its new hardware. The device, which has two models, one for $200 and another for $350, is available for order now and will ship next month.

Here is what's known, so far, about the biggest privacy concerns around Portal:

"Portal does not have Facebook ads at this time," Facebook says on the new website built for Portal. There is wiggle room here, though: The device doesn't show "Facebook ads," meaning Facebook is not serving the ads, but there are apps like Spotify, iHeartRadio, Pandora and others that do show ads, Facebook has said. So, Portal technically does have ads, just not Facebook ads, and the key phrase there is "at this time."

The device runs a version of Facebook Watch, which is a video platform similar to YouTube, where publishers and TV studios stream shows. Facebook built the first standalone app for Watch to play in Portal, but there won't be commercial breaks like there are when the videos run on the main Facebook site, Facebook said when it debuted Portal.

Facebook declined to comment on how Watch will work, but it's possible for Facebook to see what people are watching on Watch in Portal, and that information could be used to make content recommendations and target ads to people when they are back on Facebook proper.

When a person calls a contact through Portal, Facebook then gets metadata like the time of the call, its duration and who the participants were. It's the same type of data that Facebook collects when people use the Messenger app, and all of Facebook's data is used to improve services and target ads.

While Facebook will not use this type of data to target ads to Portal screens, it could go into the targeting of ads on other Facebook properties like the main social network, Instagram and Messenger.

Facebook cannot collect information about what people are doing inside the apps they open on Portal or use that to target ads. For instance, Facebook cannot see what songs people are listening to on Spotify or Pandora, according to an executive at a media company that partners with Facebook. That means Facebook is not able to create ad targeting profiles based on people's listening habits—or cooking habits if they use the Food Network app, which also was a launch partner on Portal.

Facebook can however see when the apps are opened and for how long. App usage data like that can be helpful to a company like Facebook, which gets unique insights into the types of services consumers use the most.

Amazon's voice-assistant Alexa is also on Portal and it works much like it does on Amazon's own in-home gadgets. People can sign into their Amazon accounts and add products to their shopping lists or control smart home devices by asking Alexa. Facebook does not get to capture what people are doing through Alexa: those voice commands are kept on record through Amazon, not Facebook.

Amazon and third-party developers like Spotify can collect the same data from signed-in consumers through Portal that they would from any device. All that information they soak up does go into their own advertising and marketing on Facebook and beyond online.

One of the biggest concerns with a Facebook device in the home was whether the company would be listening at all times or keeping video logs inside people's homes. With Portal, it says the video calls are encrypted, so Facebook cannot decipher the content of conversations. The video is also hosted locally on the device and never touches Facebook servers, the company says.

To ensure there won't be any clandestine recording going on, Facebook made a button that turns off the mic and camera, and if that isn't enough to reassure users, there is a cap that covers the camera lens.