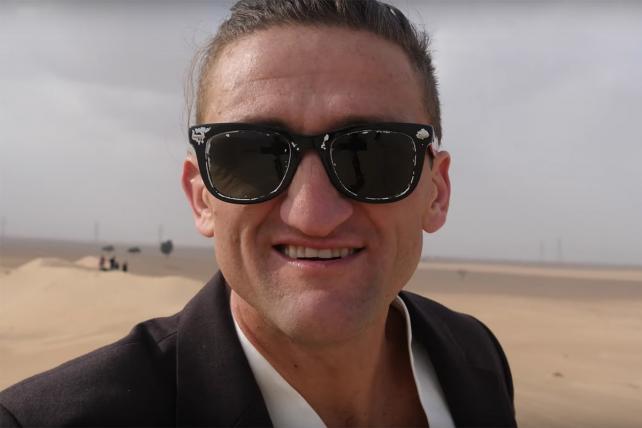 CNN's digital darling Casey Neistat turned out to be a dud.

The YouTube star, who was tasked with reshaping digital news for a new generation of CNN viewers, parted ways with the media company after failing to launch a much-hyped news program. Neistat announced the departure on YouTube, and BuzzFeed was first to report on the failed partnership.

In 2016, CNN CEO Jeff Zucker threw a reported $25 million at Neistat for his digital expertise and an app he developed called Beme, which let people shoot videos only by activating the camera while it was at chest level, which was supposed to inspire people to experience events without looking through their screens.

"Working with CNN has been incredible. Looking back at my time there I think that we did a lot of interesting things there," Neistat says in his YouTube video announcing his leaving the company. "I think that maybe I struggled more in that environment than I had anticipated."

Neistat deleted the video from YouTube shortly after uploading it.

Neistat's retreat comes less than a year after appearing at CNN and YouTube's digital NewsFront presentations, where he promised to "drop the mic" on old media while dropping F-bombs with Zucker.

Beme will still have a YouTube channel run by CNN, and most of the 22-member Beme team would stay with CNN, if not in different roles. Some layoff were expected, according to BuzzFeed's report.

CNN did not immediately return a request for comment.

CNN has had a couple recent digital misfires, shutting down a Snapchat show "The Update," Which ran for fewer than six months. The media outlet also stopped hosting a daily Snapchat edition in the Discover section.

The media network, owned by Turner, is still faring better than most with international reach and high engagement on Facebook. CNN is up there with The New York Times, Fox News, Huffington Post and NBCNews as top media brands on the social network with highest monthly engagement numbers, according to NewsWhip.

Still, just this month Facebook announced changes coming to its News Feed that would lower the visibility of news, reminding media sites of their dependence on its algorithm. Since July, CNN's total monthly engagement numbers on its Facebook posts dropped from 35 million in July to 20 million in December, according to NewsWhip.

CNN undoubetdly had hopes for Neistat to help build its own platform, less reliant on Facebook or Snapchat, according to James McQuivey, a Forrester analyst.

"Like most media companies, CNN.com on the mobile web or a CNN app won't be the destination of choice for all but a small fraction of people," McQuivey says. "That may be why they thought they had a solution in partnering with Neistat to go off and bolster or create a separate brand for millennials."