Mr. Bedwell Argues That Real-Time Content Should Still be Meaningful, Not Trite

Oreo's Twitter response to the Super Bowl blackout was brilliant, but it's also indirectly responsible for a tidal wave of ill-conceived real-time content that's come since. 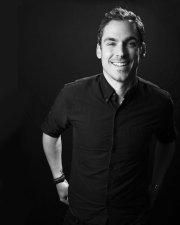 That's according to Neil Bedwell, Coca-Cola's global group director for digital content and strategy. A big part of his job entails thinking about how Coke should approach marketing in response to events that are taking place in real time. He prefers to err on the side of restraint and weigh in selectively instead of having Coke reflexively tweet about the Emmy Awards and other pop culture events.

"Part of being great at real time is knowing when to speak and when not to speak," said Mr. Bedwell, who's a speaker at Ad Age's Digital Conference in San Francisco Oct. 15.

For example: Coca-Cola's team in Brazil had been interacting with social-media users on the topic of the Confederations Cup, a soccer tournament held in June that's a prelude to the World Cup next year. But it took a step back from publishing amid a wave of protests against the Brazilian government that often took place right outside of matches.

"We know that positive, optimistic brand stories aren't always welcome at that kind of time," he said.

Mr. Bedwell joined Coca-Cola two years ago and leads digital for the "content excellence" group, which he describes as being akin to a creative agency inside the company. He previously worked at agencies, most recently as VP-strategy director at Isobar San Francisco. As a soccer fan since he was a child growing up in the U.K., he said the prospect of working on digital strategy for the World Cup was largely what drew him to Atlanta.

Coke is planning its first global real-time marketing plan around the World Cup, but it has already launched a social strategy around the tournament, which will be staged in Brazil next summer.

Coke is already underway with its World Cup Trophy Tour, where it takes the actual cup (which it has access to as a sponsor) to 89 different countries, from Nepal to Costa Rica. A Canadian photographer and blogger with a big social following on Flickr and Instagram, who came on Coke's radar by posting images about the brand, is flying around with the trophy and documenting what he sees.

"We're going to give the world a unique glimpse of what football fandom is like in all those different parts of the world," Mr. Bedwell said.

Meanwhile, Coca-Cola has already had one acclaimed real-time marketing execution, even if it wasn't truly done in real time. It developed an image in advance of the royal birth showing two Coke bottles labeled Wills and Kate clinking -- an extension of a campaign called "Share a Coke." It was published shortly after news of the birth was made official.

"It's something we felt was an optimistic moment for the world, so we felt it was right to push something out," he said.

Mr. Bedwell said that Coca-Cola took the extra step of getting approval from a representative of the royal family to make sure the image was respectful.