Why M-commerce Offerings From Amazon, Crate & Barrel, JCPenney, REI and Target Stand Out
READ THIS NEXT
What the TikTok ban means for brands

NEW YORK (AdAge.com) -- You may not have purchased any Christmas gifts from your phone this year, but next year it's likely you will. 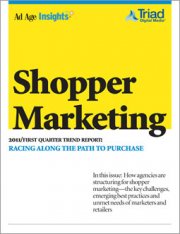 The number of online shoppers making a purchase from their phones increased more than five-fold this season to 11%, according to ForeSee Results. But significantly more than that, 33% of respondents said they had used their phone to access a retailer's site, many for the purpose of comparing prices or products. Likewise, barcode scanning and check-ins continued to ramp up over the holidays. ScanBuy, mobile barcode solution provider, estimates that between 30% and 40% of all smartphone users have downloaded a barcode-scanning app. And CheckPoints, a shopping app, just reported it has accumulated 1 million check-ins since launching in mid-October.

"It looks like more than half of all shoppers will soon be using their mobile phones for retail purposes," said Kevin Ertell, VP-retail strategy at ForeSee Results, a company measuring customer satisfaction. "Any retailer not actively working to develop, measure and refine its mobile experience is leaving money on the table for competitors."

Plenty of retailers, big and small, are just beginning to wrap their heads around "m-commerce." But smart retailers are already figuring out how to market their wares, build loyalty and deliver advertising, from coupons to circulars to commercials via mobile phones. Here five mobile sites we'll be shopping in the coming year. 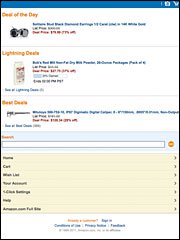 It probably won't come as a surprise that the online giant has a pretty stellar mobile site. It consistently shows up on the list of best-performing mobile sites, with fast response times and consistent availability, according to Gomez, the web-performance division of Compuware. Category sections Bestsellers and Deals makes it easy to find products, while Today's Deals quickly directs shoppers to the site's Deal of the Day and Lightning Deals. When it comes to product detail, price, reviews, complementary products and numerous images (and resolution options) make it easy to zero in on specific items. However, there is some room for improvement. Zappos.com and Diapers.com, both owned by Amazon, have not yet been optimized for a variety of mobile devices. 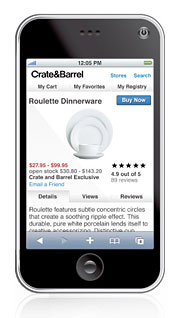 Not only does this site look good, but gift buying is made easy with a section dedicated to gift ideas. Within the section, shoppers can sort by price, occasion and recipient. Product detail pages include multiple, clear images, price and reviews. And options include buying the item, emailing the details or adding it to a favorites list. Crate & Barrel is also a perennial favorite for bridal registries, and the mobile site doesn't disappoint on that front. Brides can add items to their registry or manage a registry, while guests can easily locate registries and make purchases. 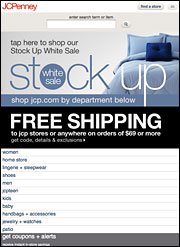 This department-store retailer's site stands out for its simple design and navigation, as well as easy access to current sales. Shoppers can also find a store, sign up for mobile alerts, track orders and view weekly deals from the site. Select videos, including commercial spots, are also easily accessible. Within categories, shoppers can further filter results. In the kitchen furniture section, for example, it's possible to filter results by subcategory (bar stools, chair cushions), decor style (modern, country) or color. At-a-glance results are packed with information, including an image, original price and sale price, number of reviews and stars indicating the product's customer rating. Oddly, the actual reviews aren't readily available. 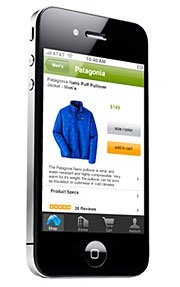 Sure, you can shop the latest and greatest in gear and apparel at REI. It's easy to navigate, well organized and pretty to look at. Product detail pages include the option to purchase, add to a wish list or find in store. There's also an extensive description, along with product specs, images and customer reviews. And, like the e-commerce site, there's a handy section that tells you what people purchasing that item also bought. But what really makes this site special is a expert advice section. It's chock-full of informative, well-written articles on everything from kayaking and triathlons to snowshoeing and travel. So you can read up on the latest and greatest gear, budget travel and types of avalanches. There's even an article on how to teach a child to ride a bike.

Not only does Target consistently turns up on Gomez's list of top performing mobile sites, it also makes it easy to save a buck, with Daily Deals and Weekly Ads both featured prominently. Product detail pages are simple but pack a punch, with multiple images, detailed descriptions and customer reviews. And if you're not looking to snag an item right away, there's the option to email or text product details. Target also makes it easy to create and manage lists for future shopping trips. If you add a Target store location to your profile settings, it automatically tells you the aisle where items on your list are located.