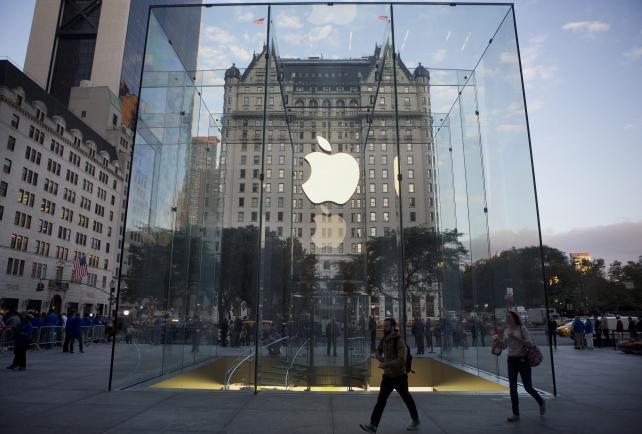 Apple is expected in coming days to release a mobile operating system that supports ad blocking in its web browser, and adland is having a meltdown about it. Executive after executive has told reporters about the risk to mobile advertising once Apple flips the switch. Ad blocking has gotten so much media attention that even Howard Stern recently talked about it on his show -- declaring how "beautiful" it sounds.

So you'd be forgiven for thinking that Apple's blessing will really sever a key link between brands and consumers. Its imprimatur may indeed draw consumers' attention to ad blocking, make implementation a bit more user-friendly and even come off like an endorsement.

But if it's going to radically change the facts on the ground, it isn't immediately clear how: Mobile ad blocking is already here, and it's more effective than many in the industry seem to know.

There are ad blockers for Google's Android operating system, which runs on more handsets than Apple's iOS, even if some of those blockers require a workaround or two. And Apple's App Store offers downloads today that can block ads on the iPhone just fine. Ad Age used AdBlock Mobile, for example, to cleanly remove ads from websites in Safari as well as apps such as The New York Times -- no new support from Apple required.

There are pockets of safety for marketers: Ad Age experiments found that sponsored posts in Facebook's app render even when AdBlock Mobile is running. A "#ShareTheForce" trend promoted by Target similarly showed up unimpeded in Twitter's app last Friday.

Certain areas currently considered safe havens, however, seem less secure than digital ad executives realize. Some said blockers have been ineffective in mobile because they can't stop the ads in webpages summoned by apps -- when Facebook app users tap a link to read an article, for example, without leaving the app.

"We think about 30% of all the web traffic we're seeing is coming from referrals within apps like Facebook and Twitter," said Harry Kargman, founder and CEO of mobile ad company Kargo.

Those in-app pages are often viewed on custom browsers, but iOS9 will let developers use Safari inside apps instead. Once Safari is more friendly to ad blockers, perhaps that safe haven for ads will disappear, executives suggested.

The good news is that the ad-blocking apps already out there may not be tremendously popular among consumers, although clarity there is difficult too. Blockers like AdBlock Mobile and Ghostery haven't been in the top 1,500 apps in the past three months, if ever, according to App Annie, which tracks downloads. Weblock broke into the top 500 over the past 90 days, however, and all three rank higher when the search is narrowed down to the utilities category.

"Over the last 9 to 12 months, we're not seeing very strong traction in the marketplace for ad blocking apps," said Fabien-Pierre Nicolas, VP-marketing communications and community at App Annie.

The wrong battleground
Even if Apple's new operating system did introduce much more powerful ad blocking to iPhones, the attention on its mobile web browser is largely misplaced. "The vast majority of activity is occurring in apps," said Brian Wieser, an analyst at Pivotal Research Group. About 90% of mobile content consumption happens in apps, Mr. Wieser said in a report this summer.

Apps account for about seven out of every eight minutes of media consumption on mobile devices, according to ComScore's U.S. Mobile App Report.

Advertising is following suit. Marketers will spend $20.8 billion to reach consumers via mobile apps in 2015 but only $7.9 billion on mobile browsers, according to projections by eMarketer. When mobile spending surpasses desktop advertising next year, eMarketer says, app ad dollars will reach nearly $30 billion, compared with the mobile web's $10.8 billion.

Apple did not respond to a request for comment on how it addresses ad blocking in apps. But publishers should concentrate on protecting advertising there, Mr. Wieser suggested. "If you improve marginally how well you monetize app-based activity, that could more than make up for money lost by ad blocking on the mobile web," he said.

That does not mean cramming apps with ads, which could have the perverse effect of encouraging consumers to install ad blockers. It might mean relying on branded content that won't trigger ad blockers, or undercutting demand for ad blockers in the first place by providing a less onerous ad experience.

"We are aware of the issue of ad blocking and are studying it with some degree of concern, particularly as it pertains to mobile," said Michael Zimbalist, senior VP-advertising products and research and development at The New York Times, in a statement provided by a spokeswoman. "One of the things we are very focused on strategically is improving the quality of mobile advertising so that is always respectful of, and additive to, the user experience."

To be sure, there's still enough traffic coming to the mobile web that publishers and companies like Google feel the need to make sure mobile web ad blocking stays at a minimum. Nobody will want to cede ground to ad blockers in any case, whether it's prime real estate or not.

"We believe ad blocking is a concern, but there's still a lot of opportunity that should be there for quite some time," said Scott Cunningham, general manager of the Interactive Advertising Bureau Tech Lab. "While a lot of focus should be paid to the app environment, we absolutely want to be able to address the browser world at the same time, and we want publishers to be able to monetize wherever consumers are consuming the content."

Mobile web ad blocking is concerning in either context, said Jason Kint, CEO of Digital Content Next, a trade association of online publishers. "I don't think in-app blocking versus web blocking makes that much of a difference," he said. "Consumers are going to this content that publishers are creating, and in most cases it's high-quality content that has enormous amounts invested into it, and they're all being impacted by a simple decision to block all ads."

Ad blockers are unrepentant. Crystal, an ad blocker for Apple developed by Dean Murphy, loads Safari pages as much as four times faster than without an ad blocker and used 53% less bandwidth, Mr. Murphy said in a recent blog post. And desktop ad blocker AdBlock Plus said Tuesday morning that it had released entire web browsers for Android and iOS that won't display any ads.

Given the dominance of apps, Android's popularity and the availability of mobile ad blocking already, there may be bigger problems for advertisers and publishers than Apple's new operating system. "Ad blocking is a concern, but it's far from the gravest. The bigger issue is viewability for publishers," Mr. Wieser said, referring to ads that render partly or entirely off-screen. "Another bigger issue is ad quality in general, along with the question, 'Do digital ads work for brand-based objectives?' When you think about what can hurt publishers, ad blocking is among them, but it's one problem among many."