Also, Omnicom reveals diversity stats, an agency has just the ticket for summer and Google works from home
READ THIS NEXT
Gucci and Giphy add avatars to their apps as potential digital revenue drivers 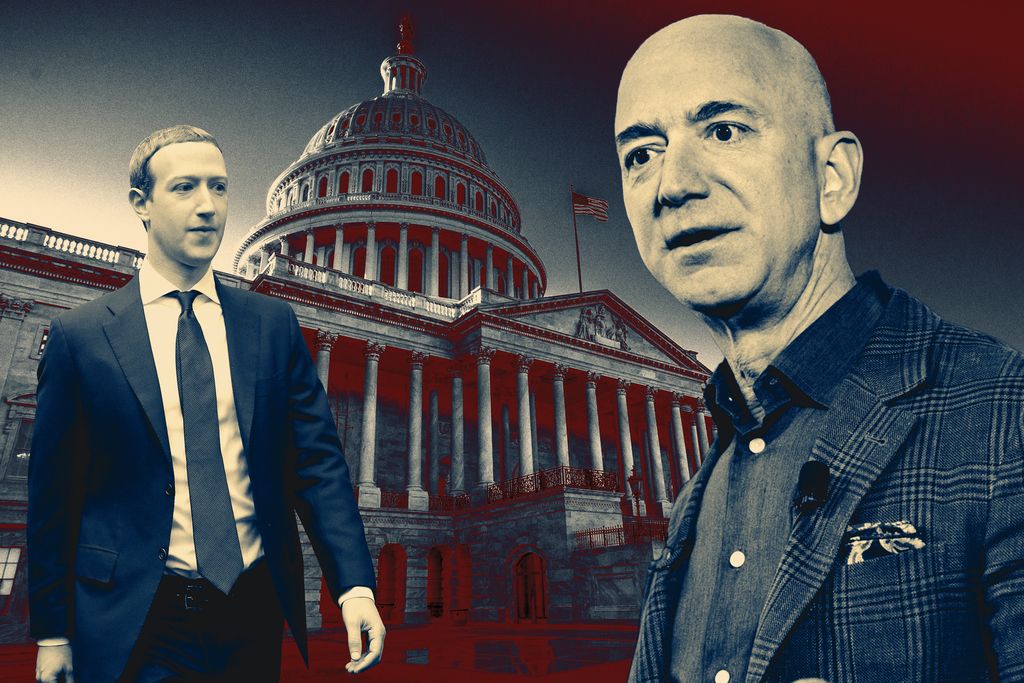 There already are hints of what to expect when the nation’s lawmakers get their chance to interrogate the leaders of four of the largest tech companies on Wednesday.

Facebook CEO Mark Zuckerberg will likely invoke a sense of patriotic pride to get Congress on his side, reports Bloomberg News. “Zuckerberg plans to portray his company as an American success story in a competitive and unpredictable market, now threatened by the rise of Chinese social media apps around the world—and increasingly, at home, with the popularity of TikTok,” Bloomberg News writes.

The New York Times previewed the hearings by looking at Amazon CEO Jeff Bezos, who has deep ties to Washington—he owns The Washington Post after all. However, testifying before Congress is unfamiliar territory for the powerful CEO. “Mr. Bezos has not made a habit of glad-handing worried lawmakers, the way Sundar Pichai, who runs Alphabet, Google’s parent company, did in 2018. And unlike Tim Cook of Apple, Mr. Bezos has not developed a close relationship with President Trump,” The Times writes.

Washington is looking into providing more oversight of the tech giants, which increasingly control larger portions of the economy and Americans' digital lives.

Unilever was among companies that joined the Facebook ad boycott in July, yet ads for some of its brands continued to appear on Instagram, reports Ad Age’s Jack Neff. “Five Unilever prestige brands—Living Proof, Murad, Dermalogica, Kate Somerville and Tatcha—have continued to spend on Instagram,” Neff writes.

Hundreds of brands adjusted their social media spending strategies as part of the Facebook boycott, which was organized by civil rights groups pushing for new anti-hate speech policies. Some brands including Unilever also pulled back from Twitter to avoid online vitriol wherever it appears.

Unilever’s limited spending wasn’t a violation of the boycott, because its commitment was to stop supporting social media channels in the U.S. “Globally managed business units that have operations in the U.S. manage their media investments independently,” a Unilever spokeswoman said.

Omnicom Group delivered a diversity report on Monday after pressure from 600 & Rising, the advocacy group that is pushing the ad industry to improve its record on race. Omnicom revealed that 2.7 percent of its executive managers are Black, Ad Age’s Lindsay Rittenhouse reports.

"It's clear that we, and our industry, need to do more to truly reflect the businesses, communities and consumers we serve," Omnicom Group Chairman-CEO John Wren wrote in an e-mail to staff.

Meanwhile, 600 & Rising made its own news on Monday when it merged with Hold the PRess, reports Ad Age Creativity editor Ann-Christine Diaz. “The move effectively extends 600 & Rising’s efforts into the PR sector, contributing to the group’s ultimate goal of creating effective policy and programming that eradicates systemic racism across all of advertising, marketing and PR,” Diaz writes.

The Richards Group is the advertising agency behind one of the hottest tickets of the summer: Encore Drive-In Nights. The summer concert series has lined up some big-name acts including Garth Brooks and Blake Shelton. “Like most every viral or trendy attraction or movement, there's an ad agency behind it. In the case of Encore Drive-In Nights, it's The Richards Group, the largest independent agency in America based out of Dallas, Texas,” Rittenhouse reports.

Andrew Harper and Kyle Kelley, creative leaders at The Richards Group, helped come up with the concept of distributing prerecorded live shows to more than 250 drive-in theaters.

There is another movie-based idea coming out of the brand world, but this one is about pizza, reports Ad Age’s Jessica Wohl. Domino’s pizza is hosting what it calls the Homemade Film Festival contest. The pizza chain wants customers to direct 60-second, Domino’s-related movies, and submit them for a chance to run on TV.

Google is extending its order that allows employees to work from home for at least another year, a sign that the search giant expects longer coronavirus complications than first anticipated. It’s a voluntary policy, but Google workers can quarantine at least through June 2021 under the new rules, reports Ad Age’s George P. Slefo.

“To give employees the ability to plan ahead, we are extending our global voluntary work from home option through June 30, 2021 for roles that don’t need to be in the office," Alphabet and Google CEO Sundar Pichai wrote in an email to employees.

Attention, Walmart sellers: The big-box retail giant is expanding its footprint in the digital realm with more sellers joining its online marketplace, TechCrunch reports. The number of vendors on Walmart’s online store tripled since January, and the growth is partly attributed to a deal with Shopify. Meanwhile, consumers could use more online shopping options for the holidays, since retailers including Walmart, Target and Dick's have announced they will close on Thanksgiving—a popular day to make early gift purchases, reports Adrianne Pasquarelli.

Twitter breach: More details have emerged about the attack on Twitter earlier this month, which compromised the accounts of some of its most prominent users. Bloomberg News reports on long-term vulnerabilities that could have contributed to the latest hack.