Marketers Say They'd Be Harmed If Consumers Don't Rent From Pay-TV Companies
READ THIS NEXT
TikTok tactics: What to know about reaching audiences on the social media platform 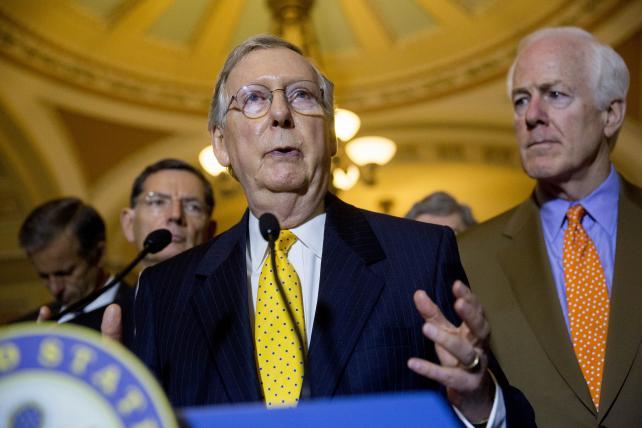 Senate Majority Leader Mitch McConnell, R-Ky., on Monday became the most powerful legislator to take advertisers' side against a Federal Communications Commission proposal to open cable boxes to competition.

"Rather than applying a light regulatory touch," Senator McConnell wrote in a letter to FCC Chairman Tom Wheeler, "the FCC would require existing programming distributors to provide the copyrighted programming they have licensed from content providers to third party manufacturers and app developers, none of whom would be bound by the agreements to protect the content."

Lawmakers from both sides of the aisle are trying to sway the FCC's proposed regulations that would "unlock" set top boxes, allowing devices and apps from any manufacturer to connect with cable or satellite TV feeds.

The proposal is strongly supported by lawmakers who say it would save consumers money.

"The average household is forced into fees of more than $200 a year for set-top boxes -- an unjust and unjustifiable expense," said Sen. Richard Blumenthal, D-Conn. "Consumers deserve competitive options in accessing technology and television, not exorbitant prices dictated by monopolistic cable companies."

But the debate has split the communications industry. The array of supporters of "unlocking the box" include Black Entertainment Television founder Robert L. Johnson, the communications tech trade group Incompas, TiVo and Google.

Advertisers, on the other hand, say new boxes from third parties could make it easier for viewers to avoid the commercials in pay-TV feeds. They've won the backing of lawmakers of their own. Representative Marsha Blackburn, R-Tenn., called the FCC's move "a dangerous proposal when it comes to the validity and the value of contracts."

She is one of a bipartisan group of about 60 House members who say the new set-top box rules could hurt small cable companies.

The FCC says its set-top box proposals "are designed to let … subscribers watch what they pay for wherever they want, however they want, and whenever they want, and pay less money to do so, making it as easy to buy an innovative means of accessing multichannel video programming… as it is to buy a cell phone or TV."

It's unclear how influential lawmakers on either side will be, and the agency has no deadline to issue a final decision. Yet the lobbying fight is intensifying. The FCC has received about 250,000 comments on its proposal.

The Association of National Advertisers is striving to sway the commission to abandon or greatly modify its plans.

In public comments submitted to the FCC in April, the ANA citied a report by the FCC's Downloadable Security Technical Advisory Committee finding that advertising produces $25 billion annually for pay-TV distributors, revenue that could migrate elsewhere and hurt both the distributors and their subcribers.

"This is really a serious threat to the marketplace," said Dan Jaffe, the ANA's top lobbyist.

The ANA said in a separate comment that the proposed regulations would hurt advertisers' ability to target key audiences and cause confusion regarding offers or promotions as ads reach geographic regions where such offers may not be available.

"The current market structure for television advertising supports advertisers' ability to place their ads based on national, regional or local distribution; the type of programming or specific content; the audience composition; and the time of day or night that the ads appear," the ANA wrote. The proposed regulations could tilt that system toward chaos, it suggested.

The association added that the threat of supplanted, altered or manipulated ads violated copyright laws backed by the United States Constitution. "The fundamental principle of the nation's copyright protection provided by law is that the owner of a copyright has the right to choose how and where its copyrighted work will be published or displayed," the ANA wrote. "This right is enshrined in Article I, Section 8 of the Constitution: 'The Congress shall have Power ... To promote the Progress of Science and useful Arts, by securing for limited Times to Authors and Inventors the exclusive Right to their respective Writings and Discoveries.'

The cable industry itself has an additional, less high-minded motivation to fight the FCC proposals: They would hurt the ability of companies such as Comcast and Time Warner Cable to rent traditional cable boxes to subscribers.

~ ~ ~
CORRECTION: An earlier version of this article erroneously said BET supported the FCC proposals. It does not, a spokesman for BET parent Viacom said. BET founder and former CEO Robert L. Johnson does.