Consumer Reports Says Do Not Track, But Tracks Anyway

Earlier this week, Consumer Reports sent its members an email warning them that they might be "unwittingly" being tracked by advertising companies online, and that they should notify their lawmakers if they don't like it.

"It's time to stop the unwanted tracking once and for all!" proclaimed the email, signed by Consumer Reports President Jim Guest. The missive mirrors a holiday-shopping-related message on the website of Consumers Union, the nonprofit organization that publishes Consumer Reports.

"You might not mind if your kids try and see what you're doing as you Christmas shop online, but you may not want to share your shopping and surfing history with every big online ad company," states the site, which features a form letter to send to lawmakers to tell them "to act now to protect your family's online activities." 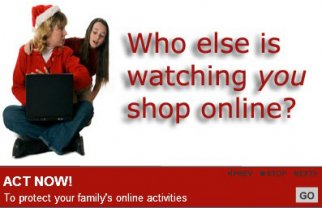 What Consumer Reports failed to disclose is that its own website, ConsumerReports.org, is laden with the full array of advertising-tracking technologies -- the very ones they're telling consumers to take action against.

The site is home to reviews of cars, electronics, home appliances and even cardiologists -- and, it turns out, it hosts a slew of third-party ad and analytics tags.

The tags allow Consumer Reports to track users who have visited its site and later target ads to them through the networks and exchanges associated with the tags. For instance, according to ad monitoring firm Moat.com, display ads from Consumer Reports promoting its subscription service were spotted online this month on sites including About.com and ThinkComputers.org. They may have been aimed at users who had visited ConsumerReports.org.

The organization made no mention of its ad tracking or how consumers could opt-out of the tracking in its campaign messaging.

The Consumers Union site further argues, "as new rules are about to be finalized by all the different companies who must abide by them, the online advertising industry and its trade groups are backing out of that commitment."

But the reality is far less black and white. The Digital Advertising Alliance trade coalition which oversees the ad industry's self-regulated privacy initiative recently told its members that they could ignore signals from Microsoft's Internet Explorer, which is set to do-no-track by default when first installed by a user.

Yahoo also said it would disregard IE's DNT notifications on its own properties. The argument here is that Microsoft is making the choice, not the user. And while fair-minded people can debate what the standard should be, the ad industry did agree on one, and is not backing off from it.

The groups working toward a browser-based Do Not Track standard don't appear to be very close to "finalizing" it, either, as the Consumers Union site claims. The Federal Trade Commission has been working directly with the industry's DAA coalition, along with some of the major browser makers, mainly Google and Microsoft.

Meanwhile, Firefox maker Mozilla is a key member of the World Wide Web Consortium's working group charged with establishing technical specs for a browser-based DNT standard. The FTC is backing that initiative, of which the online ad industry has grown increasingly critical.

So, while the latest versions of IE, Firefox, Google Chrome, and Apple Safari do allow users to enable DNT, standards for whether or how online trackers should acknowledge those browser signals have yet to be agreed upon by government, advertisers, privacy advocates or the browser makers.

A spokesman for the organization has said it will provide a statement to Ad Age once they look into the matter. We'll publish it when it comes.

The email sent out to Consumer Report readers:

Someone is following you around. At least, online they are.

When you go online, you unwittingly give companies lots of information about yourself based on the sites you visit, the searches you run, the movies you watch and more.

Trackers say that online tracking is good because it helps deliver ads that will interest you. That's fine, if that's what you choose. But right now, you can't effectively say "No."

It's time to stop the unwanted tracking once and for all!

Although polls show that most of us would prefer more privacy and less tracking, advertising companies have no incentive to abide by our wishes.

The advertising companies want to be able to track you anyway.

Your lawmakers should tell the ad companies to respect your do-not-track orders.

Do you know others who may be concerned about their privacy when they go online? Please forward this email to them so they can show their support too.