Just as buzz around content marketing and native advertising seems to be reaching a fever pitch, a player in the brands-as-publishers movement has raised a substantial new round of funding.

New York-based Contently has announced that it closed a $9 million Series B funding round in December. The 30-person startup licenses software to brands, agencies and publishers, giving them access to its network of freelancers and payment tools. Freelancers can be hired on a project basis to write blog posts, sponsored articles, white papers or even social-media posts. Customers include American Express, General Electric, PepsiCo, Coca-Cola, Federated Media and Weber Shandwick. 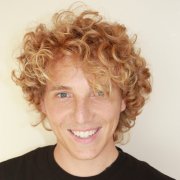 While the software is often used to commission content for brand-owned properties, it's also getting traction among publishers who need material for sponsored posts they've sold to advertisers. Slate, the AP, Forbes, Gawker, the Atlantic and Mashable have used Contently for that purpose. For example, Mashable editors worked with Contently freelancers to produce BMW's Global Innovation Series, which included this post on the prototype for a flying car.

Clients put their projects into the system and set a price. (The average assignment is worth $272, according to Contently's co-founder Shane Snow.) The company also generates revenue from a 15% transaction fee it charges to journalists in the vein of a talent agency, which was its business model out of the gate when it launched in early 2011.

Contently last raised money -- $2 million -- two years ago. Since it introduced its software subscription model, the business had started to chug along, according to Mr. Snow, and there wasn't an urgent need to raise more money. But the company saw a bigger opportunity emerging via the ad industry's newfound enthusiasm for content marketing and native advertising.

"[Contently] can become a software platform that will be the plumbing for this industry that's now blowing up," he said.

They also saw other content-marketing companies -- such as Percolate and NewsCred, both well-funded startups -- starting to get more competitive with Contently's core business via their original content offerings.

"Other people will be fighting for our lunch," Mr. Snow said.

Contently currently has 15 job openings and intends to increase its headcount to 75 by the end of the year and bring in a head of sales, a chief operating officer and a chief financial officer.