How Cookie Alternatives From Microsoft and Google Stack Up

Strengths, Weaknesses -- and What the Critics Say
READ THIS NEXT
Why data will change health care as we know it

Microsoft plans to throw its hat into the ring of tech giants looking to replace the cookie. Both it and Google are eyeing their own technologies to track people's digital behaviors -- the sites they visit, the apps they use, the videos they watch, etc. Such a cookie replacement would help them better target ads -- as well as give them immense power in the the digital-advertising space. How might the longtime rivals' odds stack up? 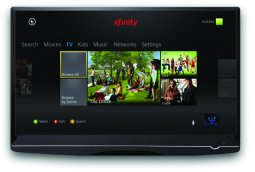 Microsoft's cookie replacement would trace users across Microsoft-owned devices and services and target ads within those environments.

Microsoft could bring TV into the tracking-and-targeting mix through Xbox, which lets users watch videos on Hulu, YouTube and even live TV through cable providers Comcast Xfinity and Verizon FiOS.

Limiting the tracker to Microsoft's devices and services would constrict some interest, though the inclusion of Xbox could be a game-changer.

Details on Google's plans are scarce, but it would likely retain the current cookie's functionality and apply it to both the desktop and mobile web as well as mobile apps to track a single anonymized user across the various devices.

Google already sees into the behaviors of billions of internet users through its own properties, including search, YouTube and Gmail, and network of third-party sites. Extending that across desktop and mobile and connecting the currently divided channels would give advertisers the most comprehensive window yet into consumers' digital habits.

Google's position atop the digital-advertising food chain all but guarantees its cookie replacement will gain traction—assuming the advertising community and regulators are willing to cede the company even more power.