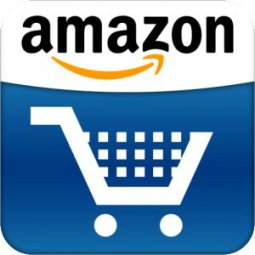 Online sales rose 19% from 2012 as of 9 p.m. in New York yesterday, according to IBM, citing data from its IBM Digital Analytics Benchmark service. Retailers catering to smartphone and tablet users benefited the most, with mobile traffic accounting for 30% of the total site visits, an increase of more than 58% from last year, IBM said.

The results deliver another blow to physical stores, which just suffered the first spending decline on a Black Friday weekend since 2009. Web sales this holiday season are projected to climb as much as 15% to $82 billion, more than three times faster than total retail growth of 3.9% to $602.1 billion, the National Retail Federation said. Mobile devices drove 16% of online purchases, IBM said.

"The results thus far from an e-commerce perspective have been very strong -- certainly strong relative to brick-and- mortar stores," said Ron Josey, an analyst at JMP Securities. "This is the first holiday season where mobile is absolutely having its mark on overall retail sales, whether that's from a smartphone or a tablet. It's not going away."

Store slowdown
Retailers like Amazon are chasing e-commerce holiday revenue that Forrester Research projects to rise 15% to $78.7 billion. Online spending increased 15% to a record $1.2 billion on Black Friday, according to research by ComScore.

Still, because of the in-store slump, total purchases fell 2.9% to $57.4 billion during the four days beginning with the Nov. 28 Thanksgiving holiday, according to a survey commissioned by the National Retail Federation.

Online retailers are catering to consumers such as Camille Schmidt, 25, who owns a marketing company and primarily shops on the web. Schmidt scanned her e-mail for big discount headlines yesterday morning and allotted time to shop after work in the evening.

"I'm looking for the highest percentage discount," she said in an interview, noting that a coupon for 40% off at Juicy Couture landed in her inbox. "I usually know what I want, and they're usually designer brands. I'm just waiting to see how far they'll go."

Big Amazon discounts
Amazon lured consumers with deals such as half off Mattel and Fisher-Price products, 46% off a Canon digital camera and 65% off men and women's cashmere. EBay had similar discount offers, like more than 80% off diamond stud earrings. Physical stores with websites followed suit. J. Crew Group's Madewell offered 25% off all merchandise and free shipping.

Amazon's same-store sales rose 47% from last year as of 10:30 a.m. New York time yesterday, while eBay's increased 21%, according to ChannelAdvisor, which provides services to sellers on both of those sites. EBay said it expected yesterday to be its biggest shopping day this season.

"Cyber Monday has been the single biggest shopping day of the year for U.S. retailers for a number of years now," said Sucharita Mulpuru, an analyst at Forrester. "The big story is that stores continue to lose share and web retailers continue to gain share."

Mobile growth
Shopping on tablets and smartphones increased twice as fast in the third quarter as desktop online spending, according to ComScore. Web users in August spent more time engaging with retailers on mobile devices than on desktops for the first time, the firm said. EBay's PayPal unit said in a statement that mobile payment volume more than doubled as of 2 p.m. New York time yesterday compared with a year earlier.

Buying patterns on mobile devices since Thanksgiving have shown that tablets are more popular for purchases, while mobile phones are preferred for browsing. Tablets accounted for 9.8% of purchases, compared with 5.7% from smartphones, IBM said. Consumers also dished out more cash when buying on tablets, spending an average of $128.30 per order, compared with $110.95 for smartphones, the company said.

"Consumers continue to expect to shop and pay at their convenience during the holiday season," said Stacy General, a customer experience advocate for PayPal.

Many retailers are also subsidizing shipping over the holidays to compete with Amazon's discounted two-day service and plans for Sunday delivery, which has couriers projecting higher shipping volumes.