The Dallas Cowboys Are Considering Buying an Esports Team 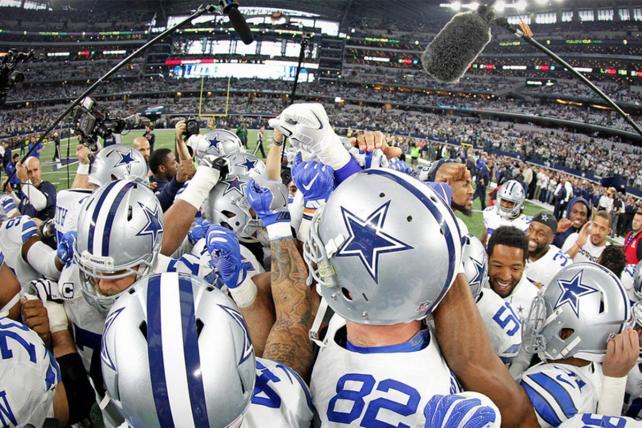 The Dallas Cowboys is examining whether to become the first NFL team to purchase an e-sports team.
Credit: James D. Smith/Dallas Cowboys

"America's team" might be on the cusp of entering another competitive arena: e-sports.

The organization has quietly spent more than a year mulling over whether it should buy an established e-sports team of teens and 20-somethings who competitively play video games in front of fans for cash prizes.

"When it comes to something like e-sports, it makes so much sense for us because we're such a sales driven organization," said Matt O'Neil, senior VP of brand marketing for the Dallas Cowboys. "If we thought we could buy a team for -- gimme a number -- $2 million, $3 million, $5 million or whatever, but get $7 million in sponsorship deals over the next couple years it becomes a no-brainer."

"Whether or not e-sports thrives long term, if we felt we could make that money today, then let's go," he added.

The Cowboys have tapped Texas-based Epsilon to help the team determine whether entering the competitive gaming space makes sense. The marketing service shop debuted a new practice within its agency group Friday, dubbed Data Design, that hopes to show clients which brands are associated with e-sports and of those, which brands match with the ones the Cowboys' fanbase identifies with.

"It was kind of like matching us all together," Mr. O'Neil said. "And to me, that's as clear as it goes."

For the Cowboys, Epsilon said it developed a model of highly engaged players and enthusiasts. They then profiled the target audience, ending up with four distinct types: introverts, neurotics, conscientious and open. They then used Amazon data to identify which brands appealed to each group. Apparently, Nutella is least appealing to neurotics, Epsilon said.

Should the Cowboys host an e-sports event, they could use the information to potential sponsors and make a case for reaching very specific audiences at scale, according to Epsilon.

"We see what the agencies don't," Tom Edwards, chief digital officer at Epsilon, said. "We tell brands where the potential white spaces are so they can break through a heavily saturated marketplace."

Epsilon turned heads in the marketing world last July when Del Monte Foods named it its agency of record. The direct and performance marketing shop replaced incumbent agencies including Juniper Park/TBWA. Clients for its new Data Design offering include the Dallas Cowboys and the Gemological Institute of America, Epsilon said.

"We've been quietly building this practice and the Data Design team has played a major role in the recent agency of record wins for us," said Richard McDonald, president at Epsilon Agency. "Smart marketers are partnering with us because of our ability to leverage our proprietary data and technology to empower the creative process."

If the Cowboys do wind up buying an e-sports team, it would be the first NFL team to do so. The team's Mr. O'Neil said many professional teams are exploring the space, adding that his brother, Philadelphia 76ers CEO Scott O'Neil, helped orchestrate that team's acquisition of two e-sports teams in September, a first for the NBA.

"He think it's awesome," Matt O'Neil said regarding his brother. "The Cowboys haven't plunked yet in e-sports. We're still in the research mode. But we really like the space."