The Danger of Digital Pennies for Brand Marketers

Viewpoint: Bryan Wiener, CEO, 360i
READ THIS NEXT
Mastercard NFT lead mints his resignation letter as an NFT

The recession is happening at a pivotal moment in the evolution of the media industry. The growth of consumer time spent online continues to outpace the migration of brands' advertising dollars to the web. Because advertising dollars are critical to support the production of high-quality content, the impact of the recession on the evolution of internet brand advertising threatens to cause a downward and self-perpetuating spiral that will continue to hurt marketers, media producers and even consumers if not reversed within the next couple of years.

So how did we get here? Over the last decade, online advertising's growth has been driven primarily by marketers seeking measurable direct-response goals, rather than awareness and consideration. During this same time period, DVRs and the internet have cannibalized the reach and effectiveness of traditional advertising. Routinely, video segments garner more views online than on TV. For instance, "Saturday Night Live's" famous sketches of Tina Fey portraying Sarah Palin got 33% of their total viewers on the original live TV broadcasts, while 67% watched online or on a DVR. Yet because of the disparity in advertising allocation, it's quite likely that NBC made significantly more off the TV broadcast than via online distribution.

Brand dollars are migrating too slowly online to be the primary underwriter for high-quality content, whether the production is a season of "30 Rock" or a single day of original coverage in The New York Times. This creates a disincentive for media producers to invest in creating the very content that is being consumed online with increasing frequency in order to create "engagement," defined by the Advertising Research Foundation as "turning on a prospect to a brand idea enhanced by the surrounding context."

Now what?
For starters, it's essential that marketers, agencies and media producers reach a fair and comfortable consensus in pricing equivalency and measurement across media vehicles. Depending on whom you speak with, online brand advertising (principally video) is either priced egregiously high or a bargain compared with TV advertising when factoring in the total lack of clutter and near zero wastage.

Those who see it as a bargain say that marketers should be willing to pay more for two minutes of unskippable ads in a 30-minute show with a single exclusive advertiser for each pod, as compared to eight minutes of commercial time with nonexclusive, multi-unit pods that are being increasingly skipped thanks to DVRs.

If compared through the lens of TV advertising, interactive branding campaigns require far greater customization, are harder to scale and do not appear as cost effective when viewed through the reach/frequency TV prism of cost-per-rating. This analog-to?interactive, apples-to-oranges comparison happens all too often. As a result, online media is held to an impossible double-standard of being evaluated against linear media on a cost-per-point while also requiring interactivity and engagement with the brand.

Marketers need to do some soul searching to find the equilibrium for their brand between micro-targeting that requires a high degree of customization and mass reach vehicles, which inherently include wastage. The former requires significant upfront costs relative to media expenditures in creating a highly targeted engaging customer experience, while the latter has the inverse relationship.

Reach and frequency are the wrong standards for success in the interactive world because they push campaigns toward generally ineffective "mass-reach banner buys" on portals and ad networks rather than developing customized programs that enable consumers to make real connections with brands. Instead, the industry needs to come to some consensus on a form of cost-per-interaction evaluation model that can be overlaid against reach for comparing the effectiveness of various placement within digital, and standardized methodologies for measuring advertising effectiveness that allows apples-to-apples comparisons for each media. Effectiveness trumps efficiency in the interactive world and marketers should accept paying substantially higher rates for impressions that garner engaging, interactive and measurable experiences.

CMO leadership required
The necessity of a viable economic model to support professional content online is in marketers' self-interest to support, just as it was in the 1950s, during the early days of TV. Only the power of the purse will galvanize all the constituents to figure out how to create a sustainable model for interactive media that works for marketers, content producers and consumers. This is not about positioning or partisanship between ad sellers and ad buyers, but rather a joint effort to make sure we have a viable ecosystem to reach an increasingly digital consumer in the 21st century. 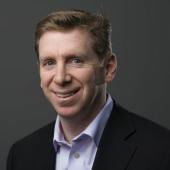 Bryan Wiener is a former CEO of 360i and Comscore