Coca-Cola may have six times as many Facebook fans as Pepsi -- 54.7 million to Pepsi's 9.1 million -- but Pepsi fans are more active, more engaged and more likely to return to the brand page, according to a study by social media agency Crisp Social. And if you ask Ian Schafer, the difference is Moment Studio, Deep Focus's latest social-media service. 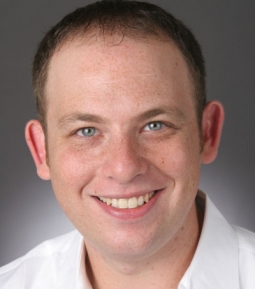 Mr. Schafer devised the studio as an alternative to traditional marketing campaigns, which are inherently slow and thus ill-fitted for the immediacy of the internet. Rather than going through a long approval process with its clients, the Moment Studio creates timely, photo-based Facebook posts designed to take advantage of the real-time web.

Each morning, production teams for each brand conduct "editorial meetings" in which they brainstorm posts that are tied to whatever is happening in pop culture that day. Pitches are accepted, drafted, edited, sent for quick client approval and then produced.

Persuading clients to agree to a quicker operation was initially a challenge, Mr. Schafer said, but both Purina and Pepsi said the studio has delivered significantly higher engagement.

Deep Focus was already the digital AOR for Purina's Petcentric and Beneful brands when the petcare company agreed to the Moment Studio concept, and since then, Purina's brand-page engagement has increased a factor of five to six.

Deep Focus is also reporting above average engagement rates on its own.

Moment Studio has, on average, increased the virality -- the percentage of Facebook users who see a brand post and then create a story based on it -- of its clients' Facebook posts by 335%, Mr. Schafer said, and that translates into showing up in more people's news feeds.

Additionally, the studio has also lifted overall page engagement rates 150%, and in some cases, its delivered an overall page reach that is five times larger than the number of likes a brand acquired over a 30-day span.

Despite the newsroom moniker, Moment Studio is not delving into serious journalism. Most of the posts it generates are about the Pepsi-sponsored show "The X Factor" or Instagram photos of dogs and employees holding Pepsi cans. (Think BuzzFeed, not CNN.)

For now, Moment Studio is not available as a stand-alone product, but Mr. Schafer is hoping to change that soon.