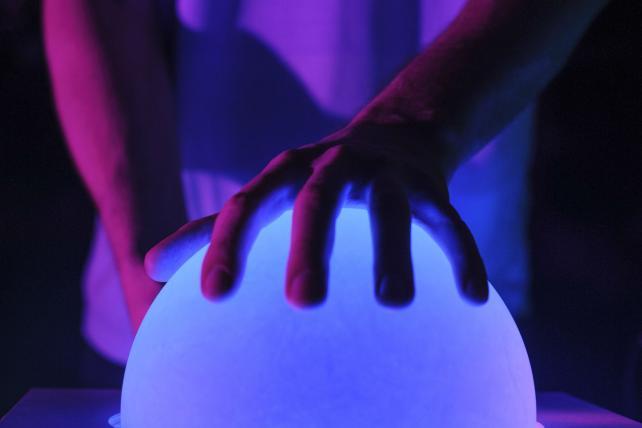 Digital consultancy Deloitte Digital is giving South by Southwest attendees something different this year -- an opportunity to co-create music with popular indie artists, using interactive technology and sensory experiences, all while tweeting and sharing about it online.

The interactive music lab, called Interplay, is part of Deloitte's strategy to show marketers how consumers can help create content to engage with brands in new ways and take storytelling to the next level.

"We've been at SXSW for four years, but we wanted to up the ante on our experience this year," said Alan Schulman, head of brand creative and content at Deloitte Digital.

"As brands look for new ways to involve consumers and generate content around brand stories, we wanted to build an experience that would allow consumers to participate in brand narratives in real time, with tools that can be anything from sound to light to text narratives," he said.

Deloitte has lined up popular musicians including Grammy-nominated André Anjos of RAC, Chris Baio of indie rock band Vampire Weekend and Brad Oberhofer of the band Oberhofer, who will perform at Deloitte's music lab and let attendees create music with them through an installation called ARC (Audience Reaction Composition).

ARC is an interactive sound-art installation that surrounds participants with over 20 audio speakers, 12,000 LED lights and advanced musical instruments that incorporate sight, sound and touch -- such as a "crystal ball" rolling instrument that users touch to create vibrations and tones.

"We wanted to create an experience that was music-based, but anybody could participate," said Marcus De Paula, creative producer at Deloitte Digital.

"We have created simple human interactions with machines to create musical collaboration. Around the station, attendees can stand shoulder-to-shoulder with indie artists and co-create pieces of music," Mr. De Paula said.

In another part of the lab, users can sit on a musical "swingset" and create a composition by swinging back and forth.

Another area features a "light and motion constellation," which captures energy from the live performances and reflects in a canopy of light.

"We wanted to go beyond glass and the typical touch screen, and create experiences that beg to be touched," Mr. Schulman said.

"One thing we want to demonstrate is how brands can stretch their thinking about what always-on content means and how can you actually tap into other sensory types of experiences -- such as sound, sight and music -- to involve consumers in your brand marketing, whether that is making the sound of an airplane jet engine or something else."

Once users have created an original composition from the lab, they can take a digital copy with them and share it on their social networks.

The Interplay Lab will open March 11 at the Palm Door on 6th St. during South by Southwest, which will run from March 11-20 in Austin, Texas.