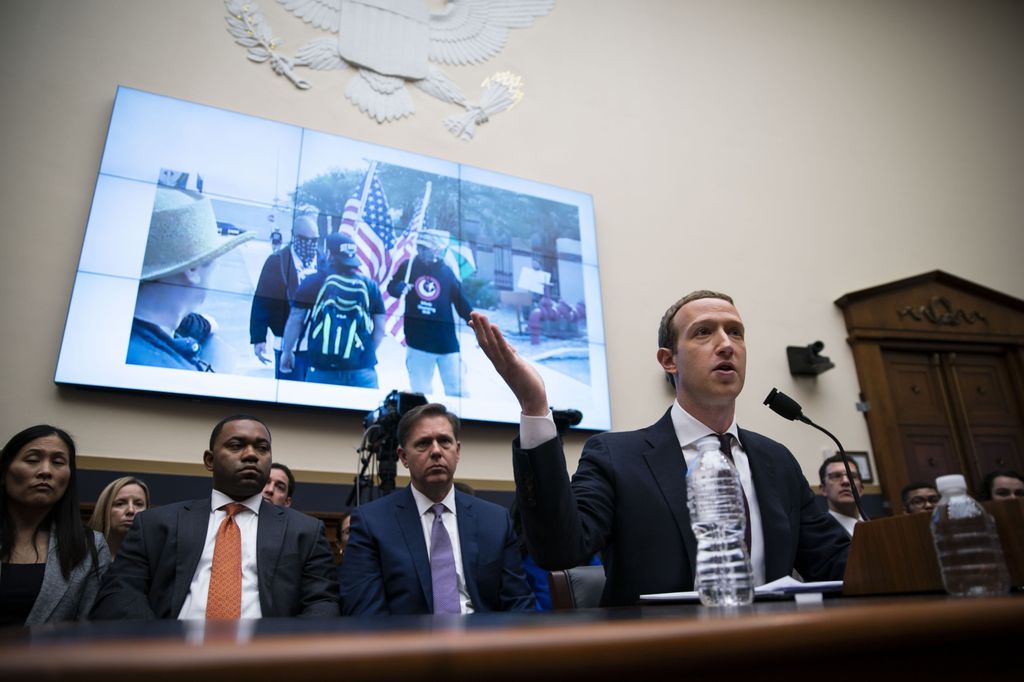 Facebook Inc. Chief Executive Officer Mark Zuckerberg faces demands from Senate Democrats for answers about hate groups on the platform at the same time a growing number of companies are pulling advertising from its sites over harmful content.

In a letter to Zuckerberg Tuesday, three Democratic senators question what they call the company’s “lack of action to prevent white supremacist groups from using the platform as a recruitment and organizational tool” despite Facebook’s stated policies on hate speech.

Senators Mark Warner of Virginia, the top Democrat on the Intelligence Committee, Robert Menendez of New Jersey, the ranking member of Foreign Relations, and Mazie Hirono of Hawaii wrote that the nation is undergoing a long-overdue examination of systemic racism in society but suggested Facebook is failing to do its part.

“While Facebook has attempted to publicly align itself with this movement, its failure to address the hate spreading on its platform reveals significant gaps between Facebook’s professed commitment to racial justice and the company’s actions and business interests,” they wrote.

The senators want Facebook to detail by July 10 whether and how the company will enforce its policies against hate speech, violence, incitement and white supremacy and who at the company is responsible for doing so.And they raised a question about whether the government should continue to grant platforms such as Facebook protections against lawsuits.

“When violent extremist groups actively and openly use a platform’s tools to coordinate violence, should federal law continue to protect the platform from civil liability for its role in facilitating that activity?” they asked.

As protests spread nationwide over racial injustice, consumer giants including Starbucks Corp., Unilever, Coca-Cola Co. and others have pulled back on ad spending on Facebook over hate speech and misinformation. Shares gained 2.1 percent Monday to close at $220.64 in New York, after dropping 8.3 percent on Friday.

“We do not profit from hate, and we have no incentive to have hate on our platform,” Nick Clegg, Facebook’s VP for global affairs, told Bloomberg TV on Monday. “We don’t like it. Crucially, our users don’t like it.”

He said that most content on Facebook is positive and that the company is making strides in efforts to decrease “the small minority of hateful content that we want to get rid of just as much as anybody else.”

A Facebook spokesman, Andy Stone, added that, in the last quarter, the company said it identified 89 percent of hate speech and action before it was reported.

But the Democratic senators cited a study by the Tech Transparency Project, a part of the political watchdog group Campaign for Accountability, detailing the ways extremists were using Facebook to plan a military uprising in response to stay-at-home orders during the coronavirus pandemic and the discovery of 125 far-right extremist groups of the “boogaloo” movement.

“Many of the groups’ posts were explicit in their calls for violence, including discussions of ‘tactical strategies, combat medicine, and various types of weapons, including how to develop explosives and the merits of using flame-throwers,” the senators said.

The groups remained on Facebook at least through early June, the senators said, and numerous other white supremacist groups were found on the site, despite the company’s policy banning such content.

“Facebook is hardly a passive actor in this context: a recent exposé by the Wall Street Journal revealed that Facebook’s own researchers had found that ‘64 percent of all extremist group joins are due to our recommendation tools,’” they said.

They also cited recent cases where violence or plans for violence played out first on Facebook.

“Unfortunately, the online radicalization facilitated by Facebook can lead to deadly consequences,” they said.