Without Disney, Netflix Needs to Produce More Movies of Its Own | Ad Age
Skip to main content

Without Disney, Netflix Needs to Produce More Movies of Its Own 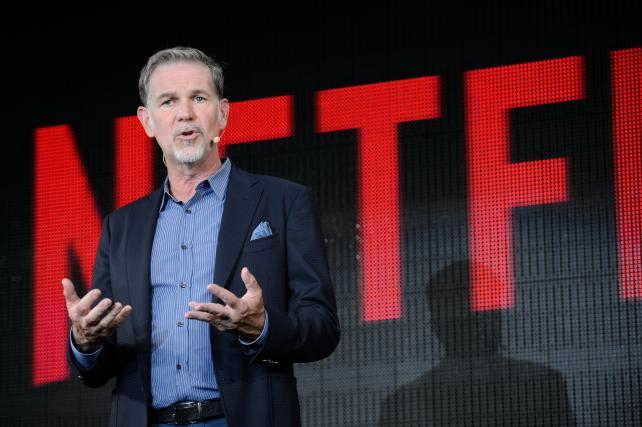 Walt Disney's break with Netflix increases pressure on the streaming service to produce more of its own programs and shore up its movie catalog as other media companies withhold their most valuable TV shows and films.

Disney is the largest supplier yet to withdraw programming from Netflix, which has morphed from friend of Hollywood to rival in the past few years. Scripps Networks Interactive opted not to renew deals giving its shows to Netflix, while executives at 21st Century Fox and Time Warner have said they'll reduce sales to the streaming service.

"Monolithic, global exclusive deals with Netflix are troublesome," Fox Co-Chairman Lachlan Murdoch said Wednesday on a call with analysts. "And we think that there's a broader marketplace for us to license into."

For all of Netflix's success with original series such as "House of Cards" and "Stranger Things," the vast majority of the $6 billion it spends on programming this year will be to buy TV shows and movies made and owned by other companies -- often competing media giants. But an ever greater portion has been earmarked for exclusive series, and more recently, feature films.

"Losing Disney movie output doesn't necessarily have any visible impact on subscriber growth, as long as the entirety of the service is a good value proposition to consumers," Todd Juenger, an analyst with Bernstein Research, wrote in a note Wednesday.

Disney said this week it won't renew a movie deal with the Los Gatos, California-based company as part of a plan to start its own online services. The most immediate effect will be a blow to the Netflix movie selection in the U.S.. Starting in 2019, the company will lose Disney features including the hits "Beauty & the Beast" and "Finding Dory." Netflix may also lose Marvel and Star Wars films.

Netflix milestone
Adding new Disney movies was a milestone for Netflix when the companies announced their agreement in December 2012. The streaming company had primarily offered customers older movies and was just getting started in the production of its own series and feature films.

Now Netflix is producing more than 1,000 hours of original programming a year and signs up most of its new customers outside the U.S., where it doesn't even offer Disney movies.

Yet films still account for about 30% of Netflix viewing and help prevent existing customers from dropping the service. Disney provided Netflix with some of the most popular movies in the world at the same time its overall film catalog was shrinking. Disney features such as "Rogue One: A Star Wars" often appear front and center for users when they first open up the app, alongside Netflix originals.

"Disney and Pixar movies are fantastic collections of entertainment content," Juenger said in his note. "The Netflix service, or any service, is better off having them (at the right price)."

How we got here
Media giants Disney, Viacom Inc. and Fox first began licensing TV shows and movies to Netflix as a way to replace shrinking DVD sales. Selling reruns to Netflix, they reasoned, could also bring viewers back to their TV networks.

Instead, they helped create a competitor that now threatens their primary business, pay-TV. Netflix has attracted more than 100 million global subscribers by offering a vast catalog of TV shows and movies on demand, and undermined consumer interest in live TV.

Media companies have responded by keeping more of the TV shows they produce in-house, and creating their own services to compete with Netflix. CBS Corp. created All Access, an online version of the most-watched U.S. broadcast network, while Time Warner created an online version of premium cable network HBO. Hulu is owned by Disney, Comcast Corp., Fox and Time Warner.

None of those services have slowed Netflix. By spending billions of dollars on original programming, Netflix has prepared for the possibility that Hollywood studios would reconsider their strategy. This week, the company announced plans for a series starring David Letterman, the popular late-night talk-show host. It also acquired Millarworld to make TV shows and movies based on that company's graphic novels.

Netflix is still feeling its way around the original film business. In March the company hired producer Scott Stuber to oversee that division.

And for all media companies' talk about moving away from Netflix, most of them are still deep in business with the invader from the north. Disney's Marvel Studios produced the serial dramas "Daredevil," "Jessica Jones" and "Luke Cage" for Netflix, and will continue to do so for years to come.

"It would be very out of character for Disney to significantly reduce its commercial (and strategic) relationship with a party like Netflix, who Disney believes will continue to be a very important brand/service in the future of home video entertainment," Juenger wrote.