READ THIS NEXT
Amazon's TikTok ban was a false alarm, capping off a whirlwind week of suspicion towards China-backed app

There's a reason why the #NoBanNoWall hashtag features prominently at the top of the Tech:NYC website. The young nonprofit organization, which launched less than a year ago, already is having an impact on the world stage in its role as an unofficial organizer and prodder-in-chief in the tech industry's opposition to the Trump administration's travel ban excluding people from a select group of majority Muslim countries.

Those involved with two friend-of-the-court legal briefs signed by tech firms to fight the ban, including several in the ad tech space, suggest that Tech:NYC has been instrumental in corralling tech firms to support those legal advisories. The group, co-chaired by digital ad industry vet and AOL CEO Tim Armstrong and well-known venture capitalist and Union Square Ventures founder Fred Wilson, kicked off its action on the issue in late January, when Tech:NYC executive director Julie Samuels penned an open letter to President Donald Trump in disapproval of his administration's executive order.

It was 11:30 a.m. on a Sunday morning when she sent an email to around 80 people encouraging them to sign the missive. By 9 p.m., over 400 had done so, said Ms. Samuels, who has a history in nonprofit advocacy around tech issues. "You don't get 400 CTOs and investors to sign something in a nine-hour period on a Sunday," she said, suggesting the issue clearly struck a nerve among tech entrepreneurs in New York.

The momentum behind tech's vocal stance on the travel ban reflects what is becoming a steady drum beat from technology industry firms on other issues. On Thursday, executives representing technology firms including Tumblr and Foursquare signed an open letter to congressional leaders urging them "not to pursue any legislation that blocks women from accessing critical preventive care -- including well-woman exams, birth control, and cancer screenings -- at Planned Parenthood health centers."

Earlier this month digital ad sellers including Twitter, Yahoo, Pandora and marketing platform firm Marin Software signed an amicus brief in support of transgender boy Gavin Grimm in his suit against his school's board, which denied denying him use of the boy's restroom.

New Issues for a New Era?

To any regular observer of technology companies and their typical approach to lobbying government, the stream of open letters and amicus briefs seems to signal newfound civic engagement extending far beyond the usual endemic issues industry groups tend to pipe up about -- things like taxation or government agency regulations restricting business practices, for example.

The sentiment behind the Tech:NYC letter and its support among industry execs was made more official when Tech:NYC assisted in finding tech firms to support last month's amicus brief opposing the original Trump administration travel ban executive order which would have barred people from Iraq, Iran, Libya, Syria, Yemen, Sudan and Somalia from traveling to the U.S. It was signed by nearly 100 companies including ad tech firms such as RocketFuel, AdRoll and Turn.

Another amicus brief signed by 58 firms including Marin Software and mobile ad firms Appboy, AppNexus and Kargo -- all of which also signed the first brief -- was submitted Tuesday in support of blocking the updated travel ban, which removed Iraq from the list of barred countries. Thus far, both attempts by the administration have been thwarted by federal judges.

The recent court filing provided multiple "real world examples" of ways in which the proposed travel ban in its original form affected technology businesses. In one scenario:

A U.S.-based mobile app and website development company withmillions of users worldwide employs U.S. residents who are nationals of the Muslim-majority countries targeted by President Trump's travel ban. In late January and February 2017, some of these employees had planned to fly outside the U.S. for business or personal reasons. Since the travel ban was announced, these employees canceled their flights for fear they would be detained or not permitted to re-enter the U.S.

"Finding companies to sign onto these briefs has not been a heavy lift at all," said Ms. Samuels, noting that the real work has been done by the law firms behind the amicus briefs.

Ms. Samuels and others in the industry acknowledge that when it comes to the travel ban, the threat to free movement of employees and their families to or from their homelands, or obstacles to future talent could have a direct effect on their businesses. However, some have additional reasons for signing their company names to the legal briefs.

"People in the tech industry tend to be pretty idealistic," said Ms. Samuels. "They tend to be believers in fixing things and solving problems," she added, noting that executives in high-profile positions or at public companies may not have felt comfortable expressing concerns about the Trump administration until the travel ban -- something that affects their businesses and is closely related to immigration issues they've lobbied Washington on for years -- was announced. 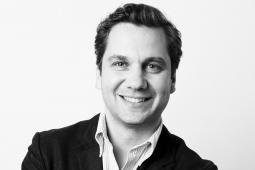 Mobile ad firm Kargo has an employee from Iran and another from Iraq, said CEO Harry Kargman, in addition to several from other countries. He said 5-10% of his workforce requires H-1B visas, which allow U.S. employers to temporarily hire foreign workers.

Responding to critics who have suggested that companies like his opposed the travel ban because they want to hire cheaper skilled labor such as engineers or developers from outside the U.S., Mr. Kargman told Ad Age, "These are highly skilled individuals and people and there's a limited pool to draw from." He added, "I can't hire the talent that I need no matter what I pay them; that's the simple truth."

Mr. Kargman, who is Jewish, intimated that his concern over the travel ban has deeper roots. He referenced poor treatment of Jewish refugees fleeing persecution in Europe during WWII. "You always want to think about what it would be like now that I'm on the other side of the fence -- what are my obligations as a member of society to make sure I'm not making the same mistakes…in terms of welcoming refugees."

After signing the first amicus brief in February, Rocket Fuel CEO Randy Wooton, a 12-year Navy veteran who served on aircraft carriers during Operation Southern Watch in Iraq, said it had already affected an employee whose wife is from Libya. He told Ad Age that the then-still-impending ban would not "alleviate the fear and uncertainty of my employees around the world especially those that are Muslim."

Suggesting that many tech firms are run by executives who only started running their firms during the Obama administration, Ms. Samuels said some in the industry are navigating uncharted territory now that President Trump is in office. "This is the first time some of those people are finding themselves in the position where maybe they want to push back."

"I'm glad that there are checks and balances in this country," said Mr. Kargman when asked about the fact that the travel ban was again shut down in federal courts this week. "I'm proud that we're contributing to the larger conversation."