Self-Driving Cars Are Rolling Closer to a U.S. Road Near You | Ad Age
Skip to main content
Sign In Register

Self-Driving Cars Are Rolling Closer to a U.S. Road Near You

Regulators Will Speed Guidelines, Tweak Technology Rules
READ THIS NEXT
Four reasons why brands need to partner with e-commerce sites 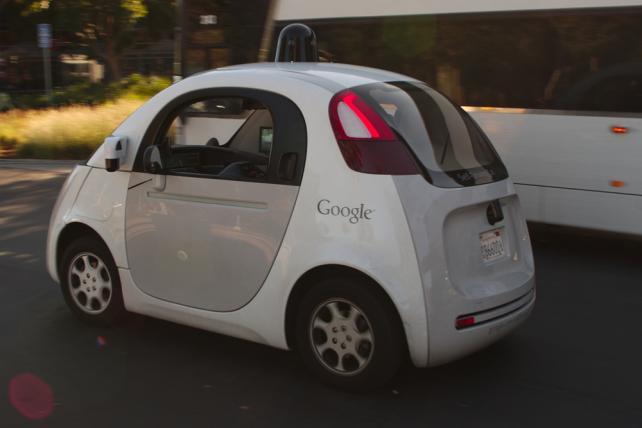 Self-driving cars will get closer to appearing on American roads under a U.S. Transportation Department plan to speed their rollout.

Regulators will allow automakers that can demonstrate they have a safe autonomous vehicle to apply for exemptions to certain rules as part of the new approach, which is designed to ensure government doesn't stand in the way of technological progress.

"We are entering a new world and we know it," U.S. Transportation Secretary Anthony Foxx said Thursday at the North American International Auto Show in Detroit. "We have to recognize it and adjust to it."

Actions in the coming months "will provide the foundation and the path forward for manufacturers, state officials and consumers," Mr. Foxx said.

The National Highway Traffic Safety Administration plans to issue guidelines on safe deployment of fully autonomous vehicles in the next six months. That will include how self-driving cars should be tested and the benchmarks they'll need to reach to be permitted on the road.

"No one knows all the answers to all these questions," said Mark Reuss, executive VP-product development at General Motors Co. "To have partners across the industry, to have a regulator, is going to be the fastest, safest way to figure these things out."

The industry's frenzy to build more autonomous cars was on display at the auto show this week. Daimler AG unveiled a new flagship Mercedes-Benz E-Class that can steer itself in auto-pilot mode. The car has emergency-braking assist, evasive steering, and can park itself, and it's the first production model with vehicle-to-infrastructure communications ability.

GM invested $500 million in Lyft to work with the ride-sharing company to develop a fleet of self-driving cars., and Ford Motor Co. announced plans to test autonomous vehicles for better reaction to snowy conditions, one of the major technical hurdles.

Tesla Motors wasn't at the Detroit show but representatives say it's going to compete with Google, which is operating perhaps the best-known fleet of self-driving cars, and Apple, which is presumed to be working on them. Tesla's chief executive officer, billionaire Elon Musk, says electric cars capable of driving autonomously across the U.S. should be technically feasible in two to three years.

The Transportation Department is promising a quick response to companies that ask for interpretations for new features that might fall between the cracks of its 1960s-era set of safety regulations. Regulators will also work with state motor-vehicle departments on model regulations for registering and licensing self-driving cars.

John Krafcik, CEO of Google's self- driving car project, said the company's role would be to make sure there's an informed discussion about how the technology works and the safety benefits when decisions are made on issues like whether to require a steering wheel in future automated cars.

"What we heard from the secretary today was a plan to help autonomous vehicles down the road," Mr. Krafcik told reporters after the announcement.

Mark Rosekind, NHTSA's administrator, said the self-driving car plan would be key to the agency's attempts to focus on human error, which the agency estimates is a factor in 94% of fatal car crashes.

The Transportation Department has been gathering data at pilot projects in Wyoming, New York City, and Tampa, Florida, Mr. Barbaresso said. That work builds on an earlier effort in Ann Arbor, Mich. Researchers are getting closer to making the technology work on a larger scale, he said.

"They want to encourage automation," Mr. Barbaresso said of U.S. regulators. "They want to accelerate the regulatory process and help companies start to produce vehicles with this technology."

In February 2014, NHTSA promised to move forward with regulations that will require cars to be able to communicate with each other to avoid crashes. So-called vehicle-to-vehicle communications may in the future save lives on the scale of earlier safety innovations like seat belts and air bags, the agency said.