A slew of new features include the ability to curate collections, follow users, collections or interests, as well as establish a profile, or in the case of sellers, a storefront. The retailer also introduced eBay Today, a page that features collections curated by Michael Phillips Moskowitz, eBay's newly appointed chief curator and editorial director. Celebrities including Pharrell Williams, who made an appearance at an eBay event in Manhattan today, have also been tapped to curate collections.

At the event, Mr. Williams said he wasn't so sure about participating, when eBay first approached him. Though he quickly realized eBay was no longer just "a place where things were used or where you were cleaning out your closet."

Richelle Parham, eBay's chief marketing officer, is charged with making sure consumers have the same revelation about the marketplace. The retailer launched a campaign this morning, which is geared toward educating consumers about the new features through online videos featuring various curators like blogger Joy Cho and writer Kelly Oxford. The campaign also includes email, paid search and social media.

Many of the new features, like the ability to follow users or curate collections, are reminiscent of features utilized by Pinterest and Etsy. An eBay spokeswoman pointed out "there are only so many digital metaphors," citing widespread use of things like search bars as an example.

"We've got 500 million active listings at any given time. It's an amazing amount of inventory, but the fact is you've got to find the stuff you want," said Ms. Parham. "What's phenomenal about eBay is we make those moments of inspiration instantly shoppable." 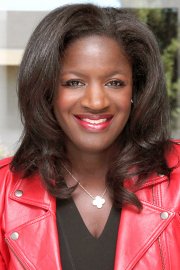 Ms. Parham declined to comment on when, exactly, eBay would kick off its holiday campaign, though she noted it would be a continuation of the new campaign. "[It] bleeds nicely into holiday," Ms. Parham said. "It makes the most sense to combine these messages and share how customers can also think about these features for gift giving."

Ebay also announced today that it will be expanding its eBay Now program to 25 markets by the end of 2014. That service allows customers to have products from local stores delivered within an hour. Another new features allows customers to purchase items on eBay and pick them up in stores, including Toys "R" Us and Best Buy.