Efficient Frontier, one of the larger remaining independent digital marketing firms, is getting a little bigger. The company is buying one of the largest digital agencies in Australia, Downstream Marketing, for an undisclosed sum. 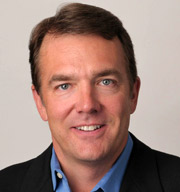 The deal gives Efficient Frontier immediate scale in Australia and the opportunity to expand in Asia as the company seeks to tap faster-growing international markets. Downstream Marketing's clients include American Express, Avis, Vodafone and Weight Watchers. The 30-employee company is run by CEO Steve Knowles, former head of marketing for eBay in Australia.

It's the second big deal in a year for Efficient Frontier, which acquired social-agency Context Optional in May for a reported $50 million.

Like a lot of foreign markets, digital ad spending is small but growing fast. Online advertising spending in Australia reached $2.45 billion in the 12 months ending June 30, 2011, up 20% from a year ago, and is on track to surpass $3 billion in 2012, according to the Australian Interactive Advertising Bureau. "Those aren't small numbers and it's another extension of our business," said CEO David Karnstedt.

Like a lot of firms born in search, Efficient Frontier is attempting to expand beyond its original purpose into all areas of marketing where automated auctions are transforming media buying. Originally that was search and then display advertising, but has since expanded to ads on social networks such as Facebook, video and mobile.

Downstream Marketing was already using the Efficient Frontier platform for its campaigns in Australia, so Mr. Karnstedt said he expects the transition to be relatively seamless. It will be Efficient Frontier's 10th office outside the U.S.

Mr. Karnstedt said there will be more deals to expand both Efficient Frontier's capabilities and international footprint. "We are not done here and we are looking for other acquisitions," he said. "We are moving into mobile and moving into video. We will look at geographic opportunities as well."

Efficient Frontier manages more than $1 billion in ad spending annually and booked an estimated $37.5 million in revenue in 2010, according to an estimate from Ad Age Datacenter. One-third of the Sunnyvale-based company's employees are engineers.