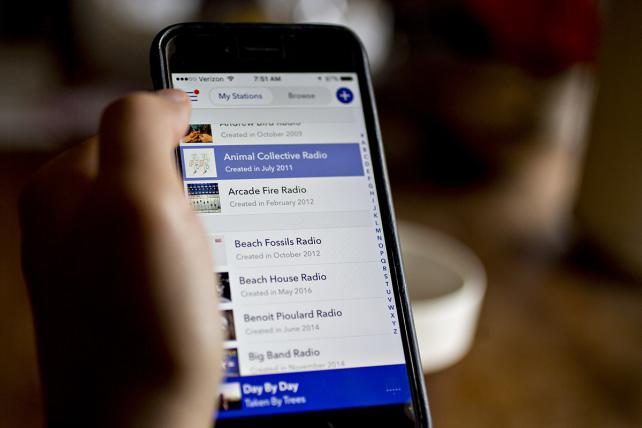 Pandora, the internet radio company with 76 million monthly users, is tapping Oracle to track the effectiveness of its ads, a move that follows the lead of social media platforms like Snap and Facebook.

Using Oracle Data Cloud, which anonymously IDs buyers and tracks offline sales, Pandora will attempt to answer the question marketers have asked since the dawn of radio: How does the ad you hear determine the product you buy?

The internet radio company hopes to connect the dots between targeted ads and actual purchases made. With over 100 million users per quarter, Pandora's scale of information — the company has listeners provide age, gender, zip code and email when creating an account — allows them to collect one billion points of data per day.

Combine that with Oracle's consumer data, and advertisers get a clearer picture of who's buying what — and why.

Retailers "are foaming at the mouth for this data," said Tina Moffett, a senior analyst at Forrester and expert in business-to-consumer marketing. "If [Pandora and Oracle] can make the linkage, they'll be able to identify people and target ads with much more success."

In its testing, which took about a year, Pandora focused on how advertisements drove in-store purchases of consumer packaged goods. Pandora said the audio ads drove an average of 2.6 times return on ad sales across the 17 packaged goods campaigns. Pandora declined to outline the terms of its deal wth Oracle.

A number of prominent social sites have struck similar data-based deals. Last June, Pinterest announced a partnership with Oracle Data Cloud to track the effectiveness of the site's promoted pins. And for years, Facebook and Google have been using data to track targeted ads to in-store purchases.

Even Snap — whose CEO, Evan Spiegel, in 2015, criticized targeted ads — joined the data-tracking party in January when it announced a new partnership with Oracle Data Cloud.

"Everybody recognizes that they need to do this," Moffett said, referring to intelligent tracking.

Just days before the partership's announcement, it was reported that Pandora CEO and co-founder Tim Westergren would be stepping down. Reports say he will remain CEO until a replacement is found.

Pandora claims to be the first platform that doesn't specialize in automotive content to offer this kind of research to auto marketers. Purchasing patterns for auto sales are drastically different from everyday consumer goods, so ad performance levels need adjusting.

"For [consumer product goods], there are other vendors out there," said Keri Degroote, head of research and analytics at Pandora. "We wanted to be the first to market [to auto]."

Pandora has, in the last year, heavily promoted its ad-free "Plus" and "Premium" memberships, $5 and $10 monthly subscriptions, respectively, that allow users to replay music, skip unlimited songs and stream offline.

But of Pandora's 76 million monthly active users in the United States, only 4.7 million (just over 6%) were paid subscribers, according to the company's 2016 fourth quarter report. That means over 90% of Pandora users are exposed to ads. (Spotify, meanwhile has more than 140 million active users globally, 50 million of whom are subscribers. Pandora has streaming rights only in the U.S., Australia and New Zealand.)

Pandora users will increasingly hear ads specifically targeted to them, and Pandora will know the offline purchases they make. With that data, advertisers can better pinpoint whom to target with what.

"We're going to see more and more advertisers demand this from their partners to provide data, Pandora being one," Moffett said.

"We have to go where the advertisers want us to go," Degroote said.