End of an Era as BlackBerry Finally Stops Making Phones 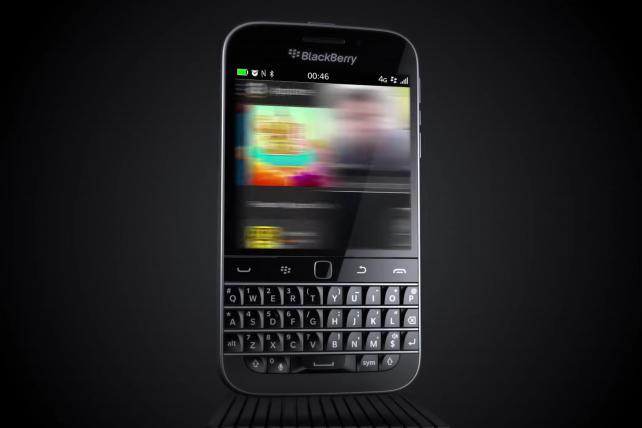 It's official. BlackBerry, the Canadian company that invented the smartphone and addicted legions of road warriors to the "crackberry," has stopped making its iconic handsets.

Finally conceding defeat in a battle lost long ago to Apple and Samsung Electronics, BlackBerry is handing over production of the phones to overseas partners and turning its full attention to the more profitable and growing software business. It's the formalization of a move in the making since Chief Executive Officer John Chen took over nearly three years ago and outsourced some manufacturing to Foxconn Technology Group. Getting the money-losing smartphone business off BlackBerry's books will also make it easier for the company to consistently hit profitability.

"This is the completion of their exit," said Colin Gillis, an analyst at BGC Partners. "Chen is a software CEO historically. He's getting back to what he knows best: higher margins and recurring revenue."

Mr. Chen should be able to execute his software strategy as long as he keeps costs in line and maintains cash on the balance sheet, Mr. Gillis said.

BlackBerry said Wednesday it struck a licensing agreement with an Indonesian company to make and distribute BlackBerry-branded devices. More deals are in the works with Chinese and Indian manufacturers. It will still design smartphone applications and an extra-secure version of Alphabet's Android operating system.

"We are reaching an inflection point with our strategy," Mr. Chen said in a statement announcing the shift as well as quarterly earnings. "Our financial foundation is strong, and our pivot to software is taking hold."

The new strategy will improve margins and could actually increase the number of BlackBerry-branded phones sold, Mr. Chen said, as manufacturers license the name that still holds considerable sway in emerging markets like Indonesia, South Africa and Nigeria.

Although BlackBerry's latest phone, the DTEK50, was already almost completely outsourced, the move is a big symbolic step for a company that once reached a market value of $80 billion. Today, it's worth $4.3 billion.

When the BlackBerry 850 was released in 1999, it married a functional keyboard with e-mail capability and essentially ushered in the modern smartphone era. With a proprietary operating system known for its watertight security, the phones became ubiquitous and extended the workday onto commuter trains and into restaurants and homes. They were an instant hit with business executives and heads of state alike. President Barack Obama was fiercely committed to his, but finally ditched it earlier this year, reportedly for a Samsung.

Then, in 2007, enter the iPhone with its touchscreen interface and app store. People at first said they didn't want to give up BlackBerry's keyboard and simplicity. But the lure of apps eventually sent almost all its users to phones running Android or iOS.

"It was inevitable at this point; they didn't have the unit volumes to sustain the business profitably," said Matthew Kanterman, an analyst with Bloomberg Intelligence. "This is doubling down on the efforts to focus on software which is really what their strength is." BlackBerry shipped only 400,000 phones in its fiscal second quarter, half what it sold in the same period last year. Apple sold more than 40 million iPhones last quarter.

BlackBerry said software and services revenue more than doubled in the quarter from a year earlier to $156 million. Still, software revenue was down from the previous quarter's $266 million, which Mr. Chen blamed on patent licensing deals that didn't carry over into the quarter.