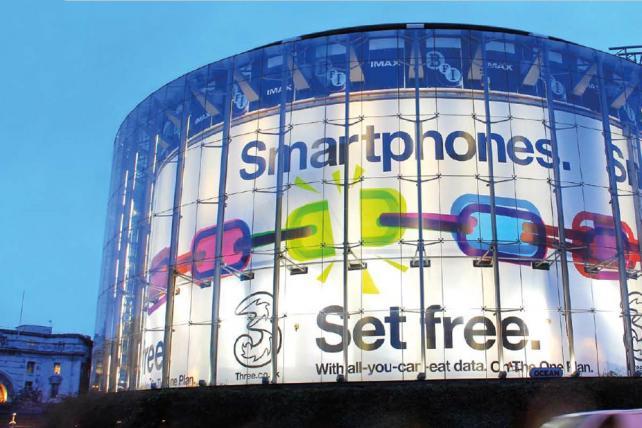 Some European mobile customers are about to be given the option of blocking ads.

Israeli ad blocking company Shine is partnering with European carrier Three Group to offer blocking of display ads on the mobile web and in apps. Shine's technology works by blocking ads at the network level.

The effort will begin with Three's service in Italy and the U.K., then be rolled out across all of Three Group in Europe, which includes Austria, Denmark and Sweden. In total, Shine said that 30 million subscribers will be able to use the technology to block ads.

Shine last fall struck its first deal like this with Caribbean carrier Digicel, giving 13 million subscribers in the region the ability to block display ads on the mobile web. The difference between the Three deal and the Digicel deal is that Digicel was opt-out, whereas customers will have to opt-in in Europe. A Shine representative said that the reason for the difference is because of a "different regulatory environment in Europe" but didn't offer additional detail.

No such deal exists yet in the U.S. But with the concern over mobile ad blocking that erupted last year, the industry is sensitive to the issue.

The ad blocking service will be handled by Shine, not the carrier, and customers will be able to op-in in a number of ways including via SMS messages, web or a customer portal.

"Network-based ad-blocking is a more powerful and effective solution for customers than application-based technologies as it reaches a broader range of mobile advertising," said Three in a statement.

The company went on to say that its objectives include fighting the idea that customers incur data charges to receive ads, and hopes to abolish ads that are excessively annoying, clunky and irrelevant to the consumer. It also argued that privacy should be protected and that some ads extract data without consumer consent.

Tom Malleschitz, chief marketing officer of Three in the U.K., said: "Irrelevant and excessive mobile ads annoy customers and affect their overall network experience. We don't believe customers should have to pay for data usage driven by mobile ads. The industry has to work together to give customers mobile ads they want and benefit from."

The Three statement also said that it would be detailing how it "will achieve these objectives and will work with Shine Technologies and the advertising community to deliver a better, more targeted and more transparent mobile ad experience to customers."

Shine is portraying the European rollout as a win for consumers: "Shine gives consumers the choice to protect themselves from the abusive behavior of AdTech, including: tracking, targeting, personal information usage & cellular data theft. This answers any speculation about the possibility of rolling out network-level Ad Blocking in Europe. It's now a fact."

But when Shine and Digicel announced their relationship, it was portrayed as a win for a network that was seeing internet giants like Google use to Digicel network to make a killing off ad revenue.

"Companies like Google, Yahoo and Facebook talk a great game and take a lot of credit when it comes to pushing the idea of broadband for all -- but they put no money in," Digicel Chairman Denis O'Brien said in a statement in October. "Instead they unashamedly trade off the efforts and investments of network operators like Digicel to make money for themselves."