Snapchat Adds Users at a Slower Rate as Losses Pile Up 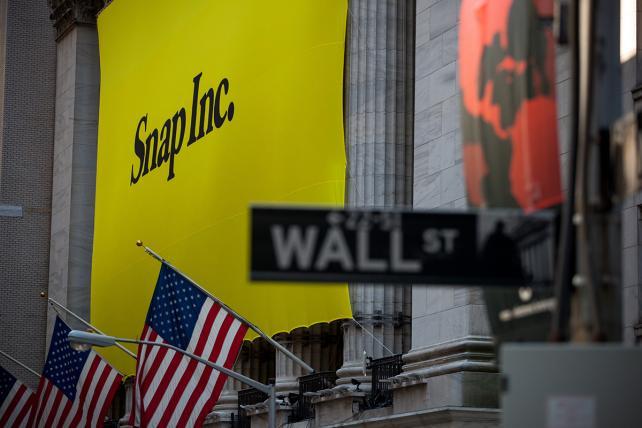 Spiegel came off as slightly frustrated with Wall Street analysts during Snapchat's earnings call -- it's second as a publicly traded company -- after announcing disappointing results. Snapchat's ad revenue was lower than forecast, as was user growth.

The 27-year-old CEO and his top lieutenant COO Imran Khan explained to Wall Street that there were challenges, but that the company was progressing and innovating in core areas like ad technology and new products for users.

With the lackluster results and stock price declining, Spiegel did promise not to sell any of his own shares in the company, a move usually reserved to instill confidence.

"Bobby and I will not sell any of our shares this year," Spiegel said, also referring to his co-founder Bobby Murphy. "We believe deeply in the long-term success of Snap."

Snapchat hit $181.7 million in revenue in the second quarter, lower than expected. There was some on-the-surface good news. Snapchat added an impressive-sounding 7.3 million daily active users in the past three months. Some context, though: It added 8 million in the three months before that.

Total daily active users hit 173 million, an increase of 4 percent quarter over quarter, which represented a slow-down in growth. These are the numbers Wall Street is focused on, if not advertisers.

Spiegel was more focused on the innovation the company did produce, like a new augmented reality character that was viewed 1.5 billion times. The "dancing hot dog" was released around July Fourth and captured the attention of the internet while also showcasing Snapchat's latest visual technology.

Snapchat's augmented reality products have led the way. But they have also been replicated by its biggest rivals Facebook and Google.

Spiegel tried to tell analysts during the call that there were more numbers to consider than daily users, such as time spent, which averaged more than 40 minutes a day for people younger than 25. Still, some analysts seemed concerned that on Instagram, owned by Facebook, the same age group spends 32 minutes a day and there are 250 million daily viewers total in its Snapchat-copied Stories section.

"We've always been last to market competing against giant companies," Spiegel said, adding that the company has met many of the challenges.

Khan played up the new ad tech that was released last quarter, including a self-serve programmatic platform, which is designed to open the app to more advertisers.

In the second quarter, more than 60 percent of ads were bought through the self-serve and the ads API platform, Khan said. That was more than double the level the prior quarter, meaning ads were shifting more to automation quickly.

At the same time, the automation drove down prices, which was a strain on revenue, Khan said.

Snapchat also wanted analysts to pay attention to the growth in North America, where the users are more valuable. In Canada and the U.S., there were 69 million daily users at the end of the second quarter, compared to 65 million in the first quarter.

At one point in the quarterly conference call, Spiegel sounded impatient with one of the questions from an analyst who asked about "growth hacking," which apps use to attract more visitors by sending notifications. The analyst asked which types of techniques Spiegel didn't like.

There were plenty of examples to look for online. Spiegel told him to Google it.