Facebook is letting advertisers open some gifts a bit early this holiday season. 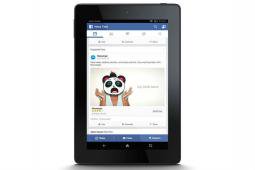 Facebook also has a couple stocking stuffers for mobile app developers trying to be among the first apps people download to the new tablets or smartphones they receive for Christmas.

For starters, Facebook is now guaranteeing that advertisers' mobile app ads will reach as many people as the advertiser wants and will only reach those people as many times as the advertiser wants. For example, maybe a mobile gaming publisher knows its new game will be of interest to 2 million people but thinks there's only a 1-in-3 chance those people will see the ad when on a wifi connection that will enable them to download it immediately. That publisher can tell Facebook it wants to show its ad three times to each of those 2 million people, and Facebook will make it so.

Facebook appears to acknowledge that the move is aimed at companies trying to get people to install their new apps. "Because reach and frequency optimizes first and foremost for unique reach, it is most effective for campaigns with brand awareness objectives, such as an app launch or important app update," the company wrote on its blog for developers.

And for a very specific group of developers creating apps for Amazon's Fire tablets, they can now target ads specifically to Facebook's app on Amazon's mobile device. It's unclear how many of its own tablets Amazon has sold. The e-commerce company said on Monday that it sold three times more Fire tablets on Black Friday this year than last year, but didn't provide exact figures.