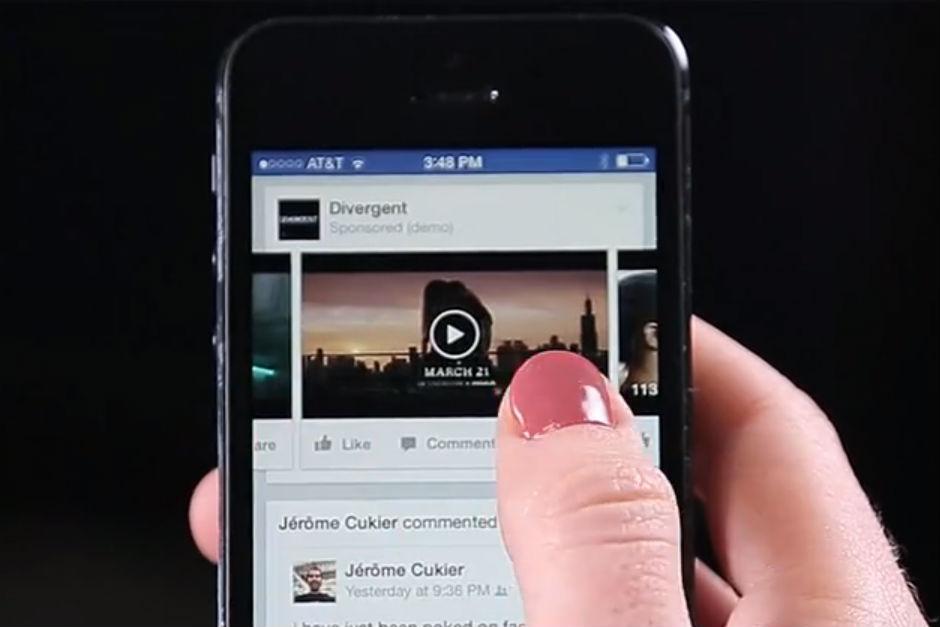 Facebook's demo of an video ad that plays automatically in users' feeds.
Credit:

Months after rolling out the first video-specific ad product on the social network, Facebook has agreed to acquire LiveRail, one of the biggest video ad sellers. A Facebook spokesman declined to comment on the deal's price.

LiveRail automates the sale of video ads for publishers including Major League Baseball, ABC Family and Dailymotion. Rather than negotiate deals over the phone or in person, these publishers can upload their video inventory to LiveRail's system, which solicits buyers via real-time auctions. Publishers can also use LiveRail's ad technology to process upfront deals without all the paperwork that can delay a campaign from airing in a timely fashion.

"We believe that LiveRail, Facebook and the premium publishers it serves have an opportunity to make video ads better and more relevant for the hundreds of millions of people who watch digital video every month," said Brian Boland, VP-ads product marketing at Facebook, in a company blog post announcing the deal.

The acquisition puts Facebook in the same league with Google and AOL atop the digital video ad food chain -- and ahead of them, at that. In May, LiveRail served video ads to 37.2% of people in the U.S., according to ComScore. That made it the country's third-largest video ad seller, behind BrightRoll and Specific Media and in front of AOL and Google.

Facebook plans to keep LiveRail's existing business of selling ads for non-Facebook publishers in operation, a Facebook spokesman said. He declined to comment on any plans to sell Facebook's own video ad inventory through LiveRail.

U.S. advertisers will spend $5.96 billion on digital video advertising this year, according to eMarketer estimates.

Both Google and AOL have spent the past year ramping up their video ad businesses. Last summer AOL acquired video ad exchange Adap.tv, which propelled the portal to become one of the top video ad sellers and even overthrow Google. And in June Google introduced a new video-only ad exchange exclusively for premium advertisers to sell their video inventory.