Mark Zuckerberg Says There May Be Advertising In Virtual World
READ THIS NEXT
WhatsApp delays updated privacy policy after user confusion, backlash 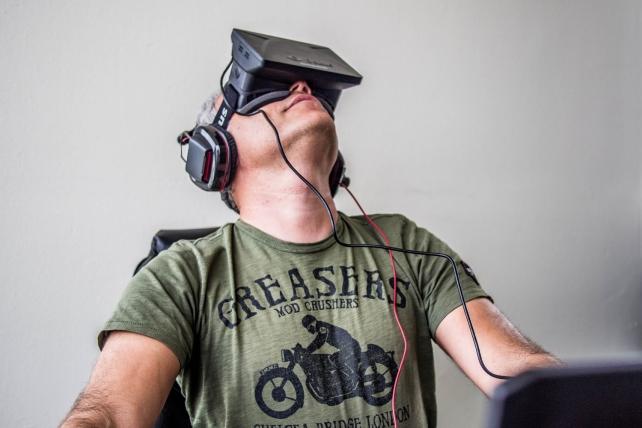 That's the rationale he offered for Facebook's announced $2-billion purchase of Oculus VR, an Irvine, Calif.-based virtual-reality company that's currently working on a headset for 3-D gaming. The long-term notion is for people to have face-to-face interactions with each other, not just to post in each other's news feeds.

"Oculus has the potential to be the most social platform ever," he said. "Today social networks are about sharing moments, but tomorrow it will be about sharing experiences."

Facebook's pending purchase of Oculus VR is its first foray into hardware. The deal includes $400 million in cash and 23.1 million Facebook shares, as well as an additional $300 million if the acquisition achieves certain milestones, the company said in a statement.

There are currently 75,000 orders out for development kits for the beta version of the Rift headset, the majority of whom are gaming developers, but Mr. Zuckerberg has more ambitious plans for Oculus VR that go far beyond that category.

He described it as "a long-term bet on the future of computing" and laid out potential use cases like being able to consult with a doctor face-to-face, experiencing a court-side seat at a basketball game, or going shopping in a virtual store. "Strategically we want to start focusing on the next major computing platform that will come after mobile," he said.

Virtual goods, advertising
In terms of how Facebook would see a return from the future virtual social-networking world that Mr. Zuckerberg alluded to, he mentioned that commerce and purchases of virtual goods are potential ways.

"There might be advertising in the world, but we need to figure that out down the line," he said. He also noted that Facebook is "clearly not a hardware company" and wouldn't be looking to make a profit off the sale of devices in the long-term.

The deal comes on the heels of Facebook's announced $19-billion acquisition last month of the mobile messenger WhatsApp, which hasn't closed yet.

Mr. Zuckerberg characterized both deals as "rare instances" and advised that this year's pace of big acquisitions won't continue.

"WhatsApp is one of the incredibly rare companies that we think will reach a billion people, and every company that reaches a billion people is incredibly valuable," he said. He then described Oculus VR as potentially the "next major computing platform."

'Strategic upside'
Facebook's chief financial officer David Ebersman said the $2-billion price tag could be justified on the basis of Oculus VR's gaming opportunity alone. But the company sees a big "financial and strategic upside" in other categories, such as communications and entertainment experiences.

Oculus had raised $93.4 million in venture funding, including a $75-million Series B round led by Andreessen Horowitz in December. Founding partner Marc Andreessen – a Facebook board member – sits on its board of directors.

For record: I was recused on both sides of Facebook/Oculus.

The deal was announced after markets had closed. Facebook's stock fell by almost a percentage point in after-hours trading to $64.29.