'Home' Represents a Significant Mobile Revenue Opportunity
READ THIS NEXT
TikTok tactics: What to know about reaching audiences on the social media platform

Facebook is making a big bet that people want to be surrounded by content from their friends each and every time they look at their phones, and it's teeing up a marketing campaign that will include its first-ever TV advertising.

With its new experience for Android, "Home," Facebook has introduced an appealing new mobile canvas that could potentially cause its mobile revenue to soar -- if it can find a way to serve ads onto the lock screens of people's phones without bothering them. And also if enough mobile consumers want to be able to see a constantly updating stream of updates from their Facebook friends and to be able to message anywhere on their phones with those friends (depicted by icons of their profiles called "chatheads.") 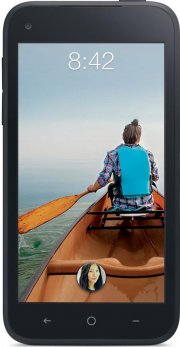 CEO Mark Zuckerberg suggested that "Home" is a means of making Facebook more engrossing and also referred to the size of the opportunity in terms of the captive audience available. He referenced a statistic that the average mobile consumer looks at their lock screen 100 times per day.

To encourage people to install Facebook Home, Facebook will produce its first ever TV ad, to be made by its agency of record, Wieden + Kennedy, Portland. (A rough cut was screened during today's press conference to announce Home, showing a man on a plane who encounters the same characters he sees on his Facebook Home screen in real life, including cats, Vegas-style performers, and own nephew.)

Facebook confirmed that a version is being prepared for TV. In addition the company will use its own suite of ad products to promote content from its Facebook Mobile page.

The motivation for the marketing investment is clear in light of the revenue opportunity. Facebook confirmed during the announcement that it will eventually show news-feed style ads like sponsored stories and page-post ads in "Cover Feed," or the interface on users' lock and home screens on their Android phones where they'll see a stream of visual content from their friends and pages they like, though not yet.

Facebook's revenue is quickly becoming dependent on its mobile business. It's expected to earn $1.53 billion in mobile ad revenue this year and $2.7 billion in 2014, up from $470.7 million last year, according to eMarketer. And mobile comprised 23% of its ad revenue in the fourth quarter of 2012.

While HTC and AT&T are releasing a new phone, HTC First, that comes with Facebook Home preloaded, it's unclear whether that will play a significant role in adoption of the feature (and also whether the two companies will invest significantly to market the device). Users of Android devices like the Samsung Galaxy SIII can simply install the app from Google Play.

HTC First -- which will be sold for $99 and become available on April 12 -- was said to be optimized for battery usage and to have notifications from other apps like Spotify and Pinterest integrated, which wouldn't be possible just by simply downloading Home. But Mr. Zuckerberg noted that the main differentiator was having Facebook Home available "out of the box."

"You're ready to go and your home screen lights up," he said. "You don't have to jump through any hoops."

Facebook hasn't yet released the creative to its TV ad, but it did post this video to YouTube today, which was not produced by Wieden + Kennedy.