No More 'Dark Posts': Facebook to Reveal All Ads

Learn more about what's around the corner at the Ad Age Next Conference on Nov. 15 and 16 in midtown New York, with high-impact presenters and case studies you can use from players including Google, Amazon, Procter & Gamble, The Washington Post, Casper, Burger King, H&R Block, IBM, Albert, Dunkin' Brands, Nickelodeon, OgilvyRED and Headliner Labs. 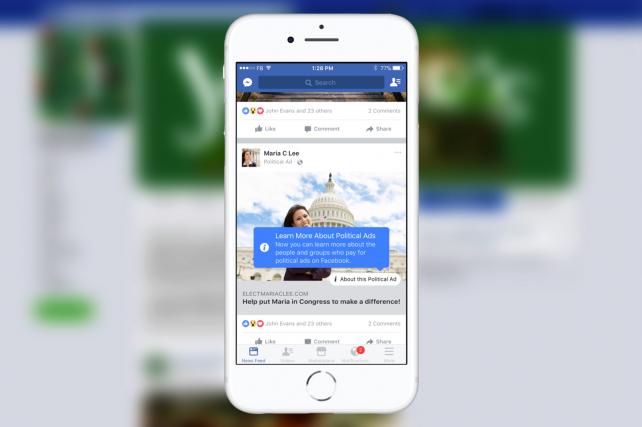 A 'view ads' button will show all active sponsored messages from a given page.
Credit:
Facebook

Facebook is bringing "dark posts" into the light in response to the election interference on social media last year, and the new rules will impact all advertisers.

On Friday, Facebook revealed a new system of disclosing what groups and companies paid for ads on its platform: Any ads running on Facebook will be readily viewable by anyone.

That means no more so-called dark posts, ads that target only a particular set of people but are invisible otherwise because they never appear as posts on a brand or group's page. The ads themselves will remain available—only now they'll be visible to all.

The transparency tools are a reaction to Facebook's discovery that Russian provocateurs had targeted paid ads from misleading pages during the last election cycle.

The shadowy groups thrived in the opaque world of Facebook's automated ad tools with little if any oversight. Now there will be a "view ads" icon on every page that will show exactly what messages that page's operator is buying.

The wider impact for marketers is that until now Facebook advertising has been a black box, where brands had only limited visibility into the media strategies of rivals. Unlike on TV, for example, Coca-Cola couldn't see what creative work, messaging or products Pepsi was pushing on Facebook, when, how often or to whom. 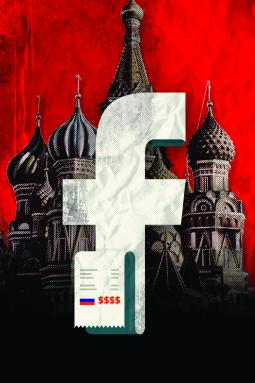 Facebook's new plan to disclose ads, which is similar to a plan Twitter described this week, will open a whole new trove of market research for brands looking for intel on rivals. It's the kind of transparency the market has wanted for years, too.

"I think brands and agencies will likely use this feature to understand what the competition is doing," says Jill Sherman, head of social media at DigitasLBi. "Until now, only organic content has been searchable, and not very representative of a brand's efforts in social spaces."

Brands often use dark posts as a way of testing ads without having to show the whole world their homework, which is convenient when an ad misses the mark or, worse, offends people. Now, the test ads will be attached to their pages of origin for as long as they are running.

The testing was one of the powers enjoyed by the foreign actors during the presidential campaign, who refined their divisive messages to improve their ability to stir up their targets. The groups masqueraded as political issues organizations, taking up topics like gun control, abortion, immigration, gay rights and other issues that rile up Americans.

Many of the groups ran active Facebook and Twitter accounts. Facebook says it has found 470 groups with suspected ties to Russia that bought at least $100,000 in advertising.

Major internet companies have been called to Congress to give testimony on Wednesday. And the federal government is considering new laws to force more transparency around election ads. The new disclosure tools are part of the digital marketing industry's effort to show that it can still regulate itself.

Twitter's disclosure tools include a "transparency center" that would open dark posts to public scrutiny, too.

Both companies are taking transparency even further for election-related ads.

For those, advertisers would show who was targeted with the ads and how much was spent. On Facebook, there would be a searchable database that keeps ads for four years.

"When it comes to advertising on Facebook, people should be able to tell who the advertiser is and see the ads they're running, especially for political ads," said Rob Goldman, Facebook's VP of ads, in a blog post announcing the new policies.

Facebook said the new transparency tools will likely be fully functioning by the midterm elections in 2018. Tests will start in Canada before the system reaches the U.S. by summer, Facebook said.

As far as the advertising world is concerned, brands will just have to adjust.

"In this new age of ad transparency, I predict most clients will both love and hate this evolution," says Thomas Goldberg, senior director of paid media at Fullscreen. "They'll love being able to reliably track competitor activity, but hate it given their own vulnerability to competitors' research."