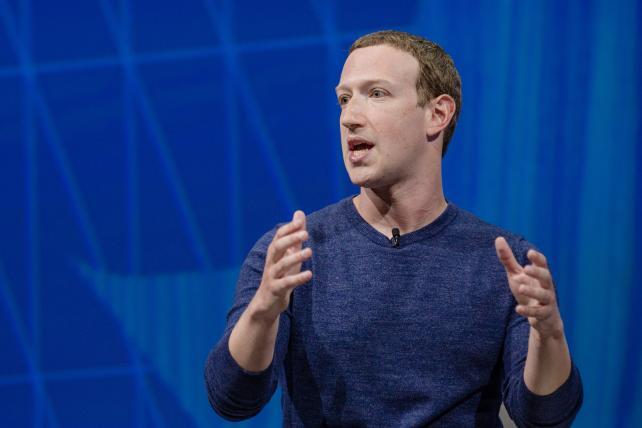 Facebook is being accused by U.K. lawmakers of offering access to its users and their data based on the amount of money a prospective partner would spend, following the latest document dump painting its leadership team in a potentially unflattering light.

On Wednesday, British lawmaker Damian Collins published a trove of Facebook's internal emails, including correspondence from CEO Mark Zuckerberg, related to how the social network gives access to developers.

The newly released e-mails give an unprecedented look into Zuckerberg's personal feelings about how the company would make some of its most crucial business decisions between 2012 and 2016 regarding allowing outside companies to build on top of its platform.

"We're trying to enable people to share everything they want and to do it on Facebook," Zuckerberg wrote to colleagues in 2012 as Facebook was working on the third-generation of its developer platform. "Sometimes the best way to enable people to share something is to have a developer build a special purpose app or network for that type of content and to make that app social by having Facebook plug into it."

"However, that may be good for the world," Zuckerberg added," but it's not good for us unless people also share back to Facebook and that content increases the value of our social network."

Facebook said the documents released Wednesday "are only part of the story and are presented in a way that is very misleading without additional context."

Here are the key details to emerge from the release of the e-mails.

What do the e-mails show?

The e-mails, from between 2012 and 2016, show disparate and incomplete internal communications about how Facebook thought about working with developers and building its platform. In most of the e-mails, Zuckerberg was concerned about what data different apps could expect to access, why his company should allow that access, what the benefit to Facebook was, and how the social network should think about rivals and competitors. Zuckerberg mentioned companies like Path and Pinterest, rival social networks that could use the developer access to run it out of business.

Some e-mails also discuss the 2014 decision by Facebook to shut off the friend data access to Vine, a now defunct app for creating six-second video snippets. One e-mail from 2013, from a Facebook employee, reads: "Unless anyone raises objections, we will shut down their friends API access today. We've prepared reactive PR."

Facebook, in an e-mailed statement to Ad Age, continued to maintain that the company "has never sold people's data" The e-mails, however, do paint a picture of a company concerned by "reciprocity"--what value it could get by allowing developers to build on its platform and receive access to information on users.

Facebook leadership was concerned about what business model it could devise for its developer services. In the e-mails, it discussed building what would become its ad network, and whether it would force developers to use the ad network to generate money that way. Zuckerberg and others also discussed sharing a percentage of revenue generated by developers, and basic fees that might add up every time a developer made a request to its API.

If not selling it, how else did Facebook make use of the data?

Facebook did give preferred access to certain companies like Netflix, which was "whitelisted" to use data not available to everyone. In some cases, the ability to tap into those data sets was dependent on financial considerations.

For instance, in 2013, the Royal Bank of Canada wanted to launch a new payments app, which would get more people signed up if the bank could tap into friends' lists on Facebook.

In that case, the e-mails show Facebook was interested in the money: "I believe it will be one of the biggest neko campaigns ever run in Canada," one Facebook employee wrote in an e-mail.

NEKO is a term for app-download ad campaigns, meaning the bank would be set to spend a large amount on advertising on Facebook directly.

In Britain, Zuckerberg and his leadership team are under fierce scrutiny since revelations that one developer, Cambridge Analytica, allegedly abused access to information about up to 87 million people on Facebook. Cambridge Analytica has been accused of building detailed profiles of social media users to influence political contests across the world through targeted disinformation, including during the 2016 campaign to get Britain to leave the EU.

How did Collins get these emails?

U.K. lawmakers obtained the e-mails from the developer of a now-defunct app that is suing Facebook in California. The developer, Six4Three, co-founded by Ted Kramer, built an app called Pikinis that could find pictures of friends wearing bikinis in their Facebook photos. Kramer is suing Facebook because of a decision it made in 2014 to prevent developers from peeping into friends' data. Kramer claimed Facebook ruined Six4Three's business when it shut off certain permissions to data, and claimed the social network continued to allow privileged access to partners that paid big bucks.

On Wednesday, Facebook defended its business practices in a blog post. "We still stand by the platform changes we made in 2014/2015, which prevented people from sharing their friends' information with developers like the creators of Pikinis," the company says in the post. "The extensions we granted at that time [to select partners] were short term and only used to prevent people from losing access to specific functions as developers updated their apps. Pikinis didn't receive an extension, and they went to court."