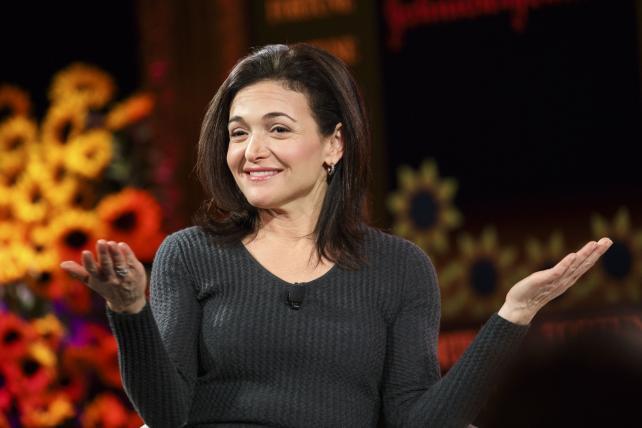 Facebook's crises this year has put immense pressure on Chief Operating Officer Sheryl Sandberg, undermining her authority and tainting an image that was burnished by the social-media company's meteoric rise.

Some of her staff, who saw the executive as larger than life, now blame her for Facebook's woes. At times, she prioritized her own brand over Facebook's; surrounded herself with trusted lieutenants who filtered bad news; and didn't address problems quickly enough or treated them as perception issues not opportunities for real change.

Ever since the 2016 presidential election, Chief Executive Officer Mark Zuckerberg has been criticized for his failure to understand the potential downsides of Facebook's products. Sandberg escaped direct scrutiny until a New York Times report earlier this month linked some of Facebook's current woes to her decisions. From now on, "she is always going to be tainted," said one Facebook worker. The person asked not to be identified for fear of losing their job.

When Facebook was growing quickly and its shares were soaring, Sandberg was lauded for her leadership and meticulous management of relationships. After writing the 2013 book "Lean In," which advocated for women in the workplace, she became the most famous female executive in America.

But this year, a series of company scandals and missteps, including misinformation on the social network and privacy breaches, have caught up to the 49 year-old executive. As COO, Sandberg oversees advertising and is rightly praised for masterminding an explosion in revenue. But she also leads legal and policy at Facebook, making her largely responsible for rising regulatory risks, souring government relationships and a 39 percent slump in Facebook's stock since late July.

"Many of the most pressing problems fall under Sandberg's responsibility," said Brian Wieser, an analyst at Pivotal Research Group. "Placing the blame on Sandberg would be a convenient path forward for them."

Zuckerberg is only really accountable to himself; he holds the majority of Facebook's voting power and is chairman of the board. But he doesn't seem interested in shifting blame. He's fiercely loyal to Sandberg after a decade in business together, and recently told CNN he hopes to work with her for "decades more to come." Still, Sandberg will have to change the way she works to undo the damage to the company and her reputation. There are signs she's already altering her approach, changing key advisers and creating a "strategic response" team to speed her reaction to hiccups that could turn into the company's next crisis.

Until now, Sandberg focused on growth, often tackling obstacles with strategic messaging, rather than addressing the root cause of problems, according to the current and former employees who spoke with Bloomberg.

In October 2017, Facebook was preparing for its first-ever congressional hearing on Russia's interference in the U.S. presidential election. Before the public grilling, Sandberg wanted to make a personal visit to Washington D.C., thinking she could smooth things over behind the scenes. But the company didn't have much to say about how it was fixing holes in its system that let Russia run its manipulation campaign, and it didn't have satisfying answers about why it failed to catch the operation. So the company's policy advisers asked Sandberg not to go. And if she did go, they suggested she listen more than talk, according to people familiar with the matter.

Sandberg went anyway, with plenty of talking points. It didn't work. She mostly told lawmakers that Facebook should have moved faster to find problems, and promised to do better. In some cases, like in a meeting with the Congressional Black Caucus, the lack of substance backfired. Members of the caucus told the media afterwards that they wanted concrete changes, not promises.

It was the beginning of a campaign that focused largely on the perception of Facebook, not the reality of its flaws. The company said Sandberg took this approach, however unsatisfying, because world leaders were interested in hearing from people in power at Facebook, and it seemed better than not showing up. But The New York Times detailed how Sandberg's side of the organization obfuscated and denied problems. That included hiring a firm that helped Facebook smear critics behind the scenes, in part by linking a Facebook protest group to the billionaire George Soros, who is often the subject of anti-Semitic conspiracy theories.

"I want to be clear that I oversee our comms team and take full responsibility for their work and the PR firms who work with us," Sandberg said in a memo to employees last week. "I also want to emphasize that it was never anyone's intention to play into an anti-Semitic narrative against Mr. Soros or anyone else."

Sandberg has at times focused on her own priorities over Facebook's, the current and former employees also said. The COO is proactive when thinking about interpersonal relationships and messaging campaigns. Each winter, before the World Economic Forum in Davos, Switzerland, her team prepares a binder of all the people she might meet and what they might ask her. She uses this tactic throughout the year. But that kind of analysis -- of what might occur before it happens -- wasn't as thoroughly applied to assessing risks to Facebook and how the company might be run differently, the employees said.

Around the same time Sandberg made the trip to D.C. in October 2017, Facebook and the broader technology industry were preparing for a battle over an important piece of legislation. The bill, meant to address child sex trafficking, also increased internet companies' liability for content users posted on their services. Facebook's policy team argued against the law. But then Sandberg got involved. After she was personally lobbied by women in Washington, she decided Facebook should support the legislation, according to people familiar with the matter. The surprise shift crippled the industry's united front, and the bill passed.

The episode prompted questions among some Facebook staff over whether Sandberg was putting her own politics and relationships ahead of what was best for the company, according to two of the people. Facebook confirmed Sandberg led support for the bill, but a company spokeswoman said the COO "made the call because it was consistent with the company's values."

Sandberg has also suffered from a weakness that has affected other powerful corporate executives, according to the employees who spoke with Bloomberg. She surrounded herself with trusted lieutenants who protected her from criticism and bad news, potentially slowing her response to growing crises, they said. And she protects them in return.

Elliot Schrage, Facebook's head of communications and policy, is an example. He worked with Sandberg when she helped build Google's advertising business, then moved with her to Facebook in 2008. Schrage wrote a note to employees last week to take responsibility for hiring the Republican crisis communications firm, Definers, that conducted opposition research against Soros and others. Facebook leaked the memo to take pressure off Sandberg, according to a person familiar with the situation.

In 2011, Sandberg hired Joel Kaplan as a vice president of public policy. The two had been close at Harvard. Kaplan has come under fire within the company for his close friendship and public support of Supreme Court Justice Brett Kavanaugh at a time when Facebook is being accused of political bias. But Kaplan will not face consequences, the people said.

Sandberg's favorites are known by the term FOS, for "Friend of Sheryl," and several have been promoted to powerful positions at the company, according to four people familiar with the situation. But there's been little incentive for these advisers to tell her negative things because she often criticizes people harshly and sometimes ousts them from her close circle when they disappoint her, the people said. "She's so brutal to people, no one wants to bring her anything," one of the people added.

Sandberg seems to realize she needs to create a new culture where people feel more comfortable telling her about Facebook's problems. One of her biggest regrets this year, she has told friends and colleagues, is that the company took too long to respond to the unfolding crisis over Cambridge Analytica, the consulting firm that obtained data on Facebook users without their consent. The revelations emerged in March, but Sandberg and Zuckerberg waited several days before addressing it publicly.

Soon after, Sandberg created a new "strategic response" team, reporting up to Justin Osofsky, vice president of operations and corporate development. The group's mandate is to bring Sandberg up to speed on the biggest immediate risks facing the company. The group is seated next to her conference room in Facebook's Menlo Park, California, headquarters and meets with the COO every Friday at 10:30 a.m. local time.

It's a team that attempts to handle critical and time-sensitive situations, the ``types of problems that cut across the company, touching a lot of different product teams,'' Osofsky said. Before the meetings end, Sandberg either makes a decision or escalates the issue to Zuckerberg, Osofsky added.

Two months ago, Facebook showed off a "War Room" that brought employees from different teams together to quickly spot and fix issues like misinformation during the U.S. midterm elections. At the time, the company said the War Room might be deployed for future elections. But it's been disbanded. Facebook says it was never intended to be permanent, and the company is still assessing what is needed for future elections. The strategic response team is a more-permanent solution to crisis problems, a Facebook spokesperson said. The group coordinated Facebook's response to a tip from the Federal Bureau of Investigation on potential Russian activity ahead of the U.S. midterms, something that may have previously taken the company longer to address.

Osofsky, who spoke to Bloomberg News with Facebook's blessing, disagreed with employee criticisms of Sandberg's leadership. "Sheryl's style is very fact-based," he said. "She sets an exceptionally high bar for my team and all the teams that report to her. I often have conversations where I personally disagree, and she's very receptive."

"One of the things Nick brings, which is very helpful given his political experience, is a perspective to the table that is different from a person who works in California," Osofsky said.

And just in time. Over the weekend, the U.K. government seized Facebook documents that include emails between executives about data sharing with third-party app developers. Clegg will be tested in handling Facebook's next potential crisis on his home turf.