The social network signs up MotorTrend, College Humor, BritBoxTV and Tastemade as pilot streaming partners
READ THIS NEXT
How Instagram made Reels to stick it to TikTok, and Ad Age Small Agency winners announced: Thursday Wake-Up Call 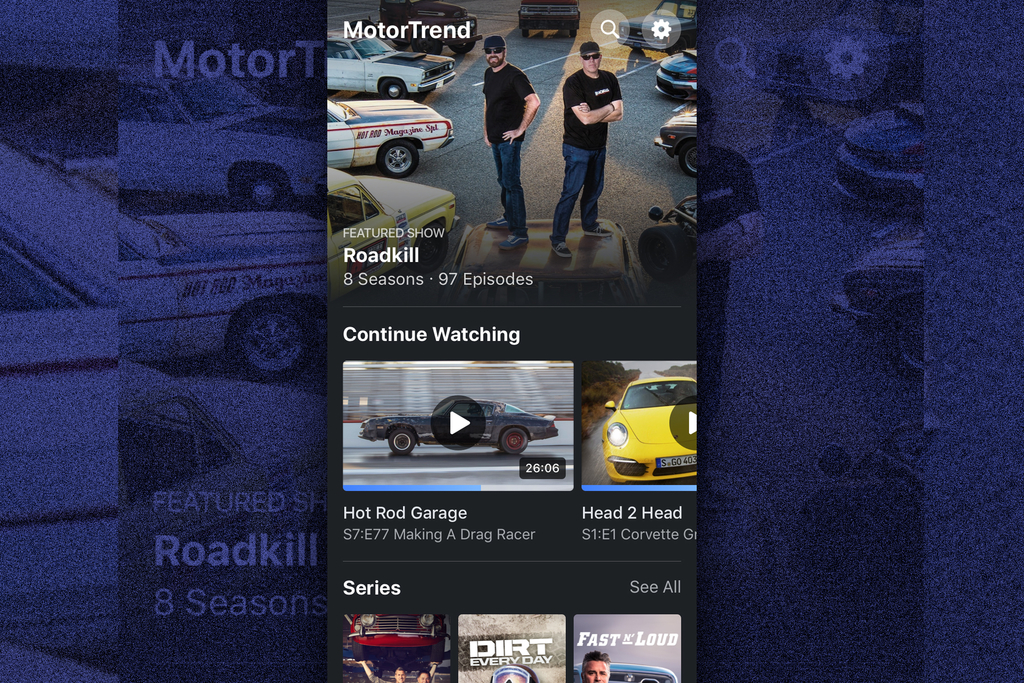 MotorTrend will have a new streaming subscription channel through Facebook.

Facebook is selling subscriptions to streaming video channels as it looks to take a larger portion of the digital-viewing audience from rivals like Amazon, Hulu, YouTube and Roku.

On Thursday, Facebook announced that it would offer video-on-demand channels in the U.S. in the coming weeks, allowing users to pay for Tastemade Plus, BritBoxTV, CollegeHumor Dropout and the MotorTrend App. The subscription channels will cost between $2.99 and $6.99 a month, and the shows won’t have ads, according to Facebook.

Facebook is still missing some of the biggest players in streaming, at least for the initial launch, without Netflix, Hulu, HBO, Disney, Showtime, Stars, CBS and other major networks that can be found on competing platforms. Amazon Prime and Hulu customers can subscribe to HBO and Showtime, for example.

Streaming channels can be ambivalent about relying on platforms for their subscriptions, and often would prefer to create their own apps that go direct to the consumers. Netflix even recently stopped signing up customers through Apple to protest its 30 percent fee.

“It is really important to re-imagine how we connect with communities,” Wellen says.

Viewers can already subscribe to MotorTrend’s channel through Amazon, Roku and other platforms, or sign up directly to the app and website. And the publisher uses Facebook as its main marketing channel to acquire customers, Wellen says.

“Some viewers will never leave YouTube or never leave Facebook, that’s where they consume media,” Wellen says. “We can’t ignore those spaces.”

Facebook has been investing heavily in video streaming, especially since it launched Watch in 2017. Watch is a free, ad-supported video hub similar to YouTube, where publishers like Tastemade, CNN, Fox News, Group Nine Media and others post shows.

Facebook says 720 million people view Watch videos every month and 140 million every day, for at least a minute. It is trying to capitalize on the new video-viewing paradigm that has people spending more time on their phones and fewer minutes in front of the TV. Also, people are dropping traditional cable subscriptions in favor of over-the-top streaming services via platforms like Roku and Amazon Fire TV.

Facebook has been trying to meld social components with video streaming to create a product that can stand apart from Amazon, Hulu or YouTube. For instance, Facebook offers what it calls Watch Parties, where fans of a show can view simultaneously and comment together online. The company hopes those same social elements will help the subscription channels.

“Video subscriptions on Facebook bring all of the social aspects of our platform together with the traditional [streaming-video-on-demand] experience,” Facebook said in a prepared email statement on Thursday. “Content that people want to subscribe to inherently has strong fan communities, and Facebook is the perfect place for these communities to come together to enjoy, discuss and watch that content.”