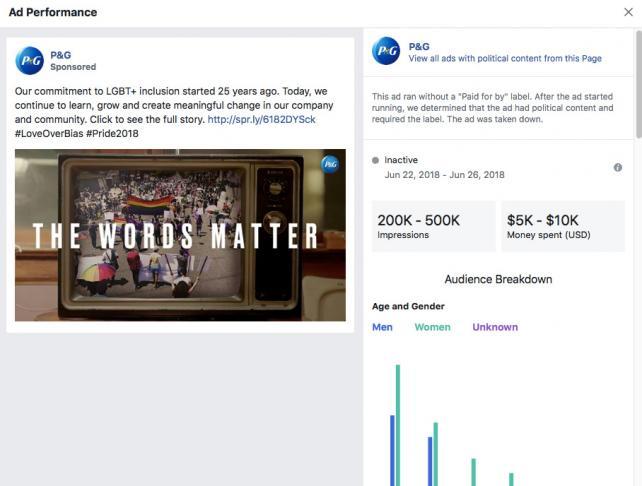 UPDATE: After this article was published, Facebook reversed its decision that the Walmart ad was political and required a "paid for by" disclosure. "The aim of this policy and authorization process is increased authenticity for political ads on Facebook," a spokeswoman said in an email. "It won't be perfect to start—we'll learn and evolve over time–but we think the good far outweighs the bad."
~ ~ ~

Facebook appears to be putting brands in the penalty box as it begins enforcing new rules meant to clean up political advertising on its platform.

The social network says it stopped running an ad for Walmart and another from Procter & Gamble because they struck political notes but lacked a "paid for by" label.

"After the ad started running, we determined that the ad had political content and required the label," Facebook said in each ad's entry in its new political ad archive. "The ad was taken down."

Non-political ads typically run with just a "sponsored" label. Walmart's ad seems to have crossed the threshold into political speech, to Facebook's eye at least, because it talked about "bringing jobs back" to America. The Procter & Gamble ad was an LGBTQ pride ad and a "commitment to inclusion."

"This is not a political ad," says P&G spokeswoman Tressie Rose. "We're disappointed by the decision and working with Facebook to understand how to navigate their new policy."

The corporate LGBTQ pride ad in question had been running for some time prior to the buy being canceled by Facebook, Rose says. She describes it as the company and brand "having a point of view" and the ad as being "culturally relevant." But she adds: "We don't do political ads."

This week, Facebook started disclosing the source of every ad on the platform, making it possible to see what brands are running what ads at any given time. Political ads are subject to even more scrutiny, and subject to archiving for seven years.

The political ad policy has raised concerns among publishers and media companies that pay to promote their headlines on Facebook. They argue that the required labeling and archiving will make Facebook users confuse their journalism with advocacy.

But it was just a matter of time before consumer goods, retail and auto brands got caught in Facebook's political net, too.

"Brands can easily get snagged in the political content filter," says a publishing executive, speaking on condition of anonymity to express opposition to Facebook's new rules. "Almost everything is controversial."

Facebook adopted new transparency rules for ads in the wake of the 2016 election. Facebook discovered Russian-backed groups were creating fake profiles and generating disinformation to influence U.S. voters, and in many cases the groups bought ads to reach larger audiences.

This week, Facebook Chief Operating Officer Sheryl Sandberg discussed the implementation of the new policies, and said that some advertisers have been struck by delays to their campaigns as they navigate the new compliance protocols. Sandberg said politicians and news organizations have been prevented from running ads until they prove their identities and locations, entails registering by mail with Facebook. "There are delays now," Sandberg said.

Sandberg acknowledged that not every ad Facebook treats as political will necessarily be a clear-cut attempt to influence voters.

"We're not saying all these things are political," Sandberg said. "We just chose to be as inclusive as possible so everything will be transparent." 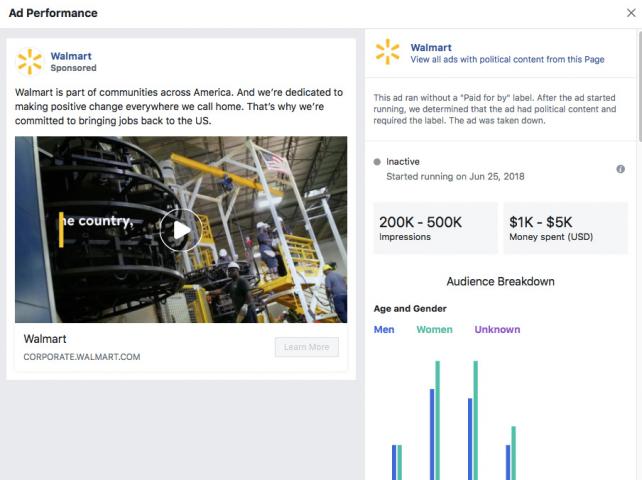